Mysterious stringy creature with three eyes found on the ocean 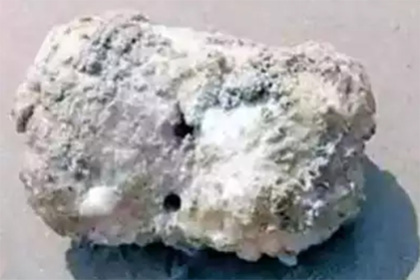 Fishermen have found a mysterious stringy creature on the ocean coast in the Indian city of Chirala, Andhra Pradesh. The Times of India reports.

On Friday, February 19, fishermen found a mysterious creature on the coast. It looked like a stone, but it had a rubbery texture as it could be stretched.

“It weighs three and a half kilograms and has three ‘eyes’. Usually we know what the different fish are called, but this is the first time we’ve seen one, ”said one of the local fishermen.

Fishermen believe that the creature could be a rare fish or a mutant animal. At first, they were afraid to touch the unknown creature, but decided to approach it when they realized that it was dead. Later, officials from the local fisheries administration took the find for study. They also noted that they had never met such creatures before.

Experts suspect it is a sea sponge. However, in the Cirali area and on the east coast, due to ocean pollution, neither sponges nor corals are usually found.

Earlier it was reported that an employee of the American Natural Park “Padre Island National Shore” in Texas found a mysterious creature on the beach. It looked like a tangled coil of yellow rope.