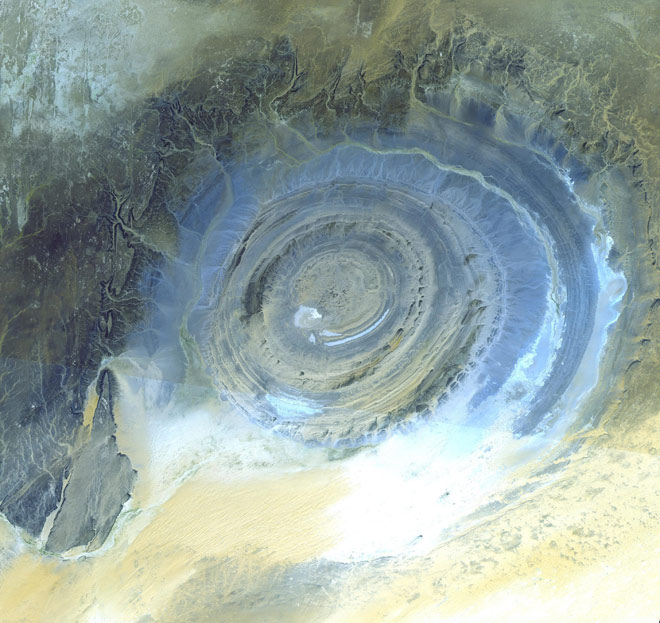 On the official NASA portal “Astronomical image of the day” appeared a picture of the Rishat structure made by the ASTER radiometer, which is installed on the Terra satellite.

Structure Rishat is a geological formation located in the Moorish part of the Sahara desert. The diameter of the circular structure is 50 kilometers. Education is clearly visible from outer space.

The age of the oldest structure ring is about 500-600 million years. Earlier, scientists assumed that the structure appeared after a collision with the Earth meteorite, but the flat bottom form and the absence of traces of impact impact speak in favor of this hypothesis. The volcanic eruption can also be discarded as a reason for the formation of the Rishat structure, experts believe.

The version that prevails in the scientific community at the present time says that sedimentary rocks of the Rishat structure are the result of erosion on the uplift of the earth’s crust.