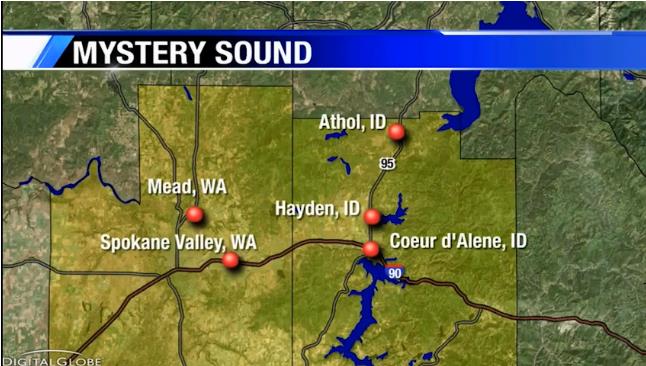 14 December 2016 the residents of the American city of Spokane valley, scared of the strange, mystical, eerie and unearthly sounds coming from nowhere. They seemed to be coming from the sky. A strange phenomenon began at 11 PM and lasted until 5 o’clock in the morning.

The police received more than 30 thousand calls from frightened residents who reported strange howling sounds coming from the sky. An hour after the start of the audio Apocalypse, the police tried to reassure residents, saying that the reason the sounds are a snowplow, clearing the snow from the local shopping centre, but the sounds continued and continued, and their tone was quite similar to the sounds referred to by the police. Moreover, the sound heard in all parts of the city, even in the most remote areas.

What is happening is not a little frightened residents of the city and the next day, it began to appear the first attempts to explain what happened. so, a meteorologist for the local radio station, said on that very cold air may distort normal sounds beyond recognition and this is due to the fact that warm air sound travels faster, cold slower, and because of this, there is a distortion of the original sound.Such an explanation, residents were not satisfied as at the same time, when the city sounded strange howling, the sounds of trains or other vehicles were not distorted and could be heard without any distortion.

At the moment, the origin of the strange sounds of their source and the reason for the appearance remained a mystery.