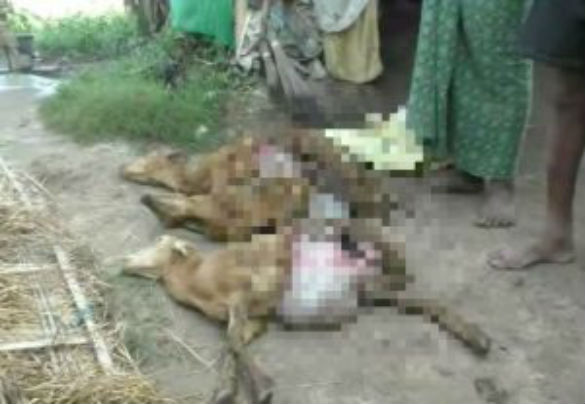 Farmers from the Indian region of Niali reported the discovery of five dead sheep, whose bodies were mysteriously mutilated. All these sheep were killed in three nearby villages within one week.

All sheep were surgically cut through the incision in the abdomen with a liver, and next to the corpses in the soft clay were found traces that it was impossible to identify. They do not belong to people or predators known in the district. The event was reported on November 27 by the local website.

Earlier in November, dead and mutilated sheep were also found three times in the same region of Niali and the total number of mysteriously tortured animals was already 27. It seems that unknown forces chose Niali sheep as experimental rats and conduct some experiments with them.

And not only in November, over 250 killed sheep were found in Niali in June and July, and their death was difficult to write off for the attack of dogs or wolves, it looked too strange. 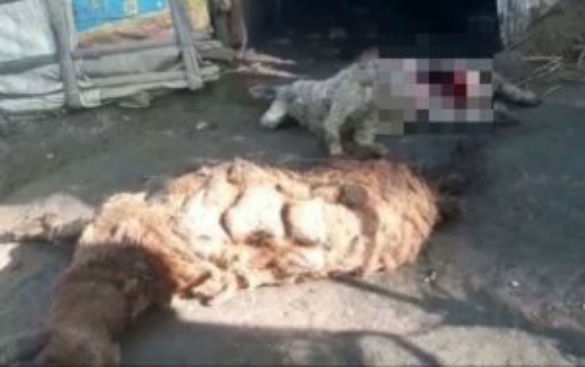 Representatives of the forest department, after instructions from the state government, put special cells around the farms in Niali to catch predators, but they did not catch anyone.

Local livestock breeder Nilamani Das told the Times of India on November 22 that all the sheep breeders in the area were very frightened after the attack of unknown animals on sheep in June. And now this incomprehensible evil has returned again. Nilamani complains that no one can protect them from attacks, and the government has not even paid compensation for the dead animals.

Now all the local sheep breeders in the attempt to protect their sheep at night remain on duty in the barns.

Mysterious mutilation of farm animals (usually cows, sheep or horses) is most often attributed to aliens. In animals, the genitals and a part of the viscera, sometimes the tongue, ears or pieces of skin, are removed with precision. The bodies of dead animals often do not decompose for very long and are not affected by scavengers.

There are usually no traces of blood on the scene, as if they killed and maimed animals elsewhere, and the dead animals look as if they did not resist.

The phenomenon has been studied since the 1970s, as well as many cases occurred in the 1990s. Sometimes in the attack on animals, not the aliens are blamed, but the Chupacabra or secret military organizations.