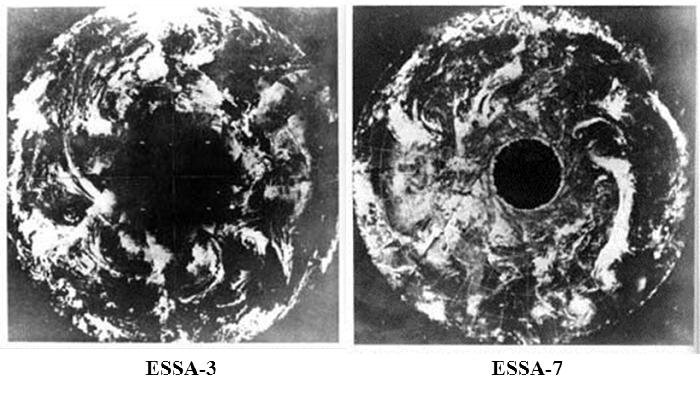 In 1968, the American weather satellite ESSA-7 transmitted to the Earth strange images that put scientists in a deadlock. The pictures at the North pole clearly shows a huge hole round.

The authenticity of the pictures no doubt. But how to explain this phenomenon? Put forward several hypotheses. For example, skeptics believe that this is not a hole, and the play of light and shadow, the result of the tilt of the planet relative to the sun. But proponents of the theory of a Hollow Earth were convinced that the picture shows ESSA-7 shows the opened entrance to the cave. But lots of scientists have a different opinion.

School task about the pool

From school we know that a mighty warm North Atlantic current, a continuation of the Gulf stream, is taken far to the North, to the Arctic. But what attracts him to the North pole? The geography textbooks to explain this phenomenon by the rotation of the Earth.

However, in the Arctic ocean through the Bering Strait rushes another powerful current (cold) from the Pacific ocean. If it was driven by the Earth’s rotation, the current would have to move East, along the Alaska and across the Beaufort sea to the shores of Canada. And it is contrary to the theory carries its waters to the North-West, tending, again, to the North pole.

The movement of the spiral

In 1948 on Stalin’s orders was organized by the high-latitude air expedition “Sever-2” under the head of the nsra Alexander Kuznetsov. In its composition was Pavel Gordienko Pavel sen’ko, Mikhail Somov, Mikhail Ostracon and other explorers.

The expedition took place in an atmosphere of perfect secrecy. Messages about her in the media was not. The materials of the expedition were declassified only in 1956.

April 23, 1948, the expedition members flew in three planes from the island of Kotelny, taking the North pole. During the flight, an experienced polar explorers guarded species under the wing: too many open water, which is not typical for the high latitudes at this time of year. 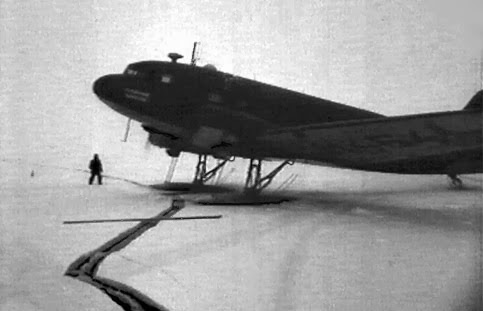 At 16:44 Moscow time the aircraft landed on a large ice floe. It happened people, who became the first undisputed explorers of the North pole.

Descending from the ladder, members of the expedition looked around and was very surprised. The gloomy gray sky, not too cold. Weather – as the thaw during the winter in the Middle lane.

But for a long time to ponder this oddity was once: you have to break camp to set up tents to rest after a long trip, and then proceed to the observations.

However, the rest did not work. Life of polar explorers was saved by the fact that provident is left outside the guard noticed a crack that split the ice shell directly under the ski chassis of one of the planes. Sleep from the tents the alarm people watched in horror as the gaping black fissure is increasing in the eyes. It was bubbling a rapid stream of water, from which steam came.

A huge block of ice broke into pieces. People rushed away, caught by a mighty current. Lost in a swirling foggy haze Toros with a red flag, crowned conquered “point zero”. And around was created unimaginable.

Ice raced with incredible speed – then told Paul Senko, a specialist in the study of Earth’s magnetic field – as it can only be represented on the river in the ice. And continued this movement for more than a day!

First, the sextant showed that the ice floe with the expedition rapidly include to the South. But further measurements have shown that the direction of movement changes all the time. Finally, someone from the explorers guessed that they drift around the pole, describing circles with a diameter of about nine nautical miles.

Once past the ice floes floated a seal and even tried to get to her, but don’t let the speed of stream. Where it came from at the poles? Because seals only inhabit the borders of the Arctic circle.

Soon explorers with horror have seen that the radius described by the ice circles all the time is reduced. That is, the trajectory of motion is a centripetal spiral. The people would be sucked into a giant crater, centered at the North pole.

On the third day of the drift, when hope of rescue is almost gone, suddenly cold, at the same time slowed down the rotation.

Gradually the fragments of ice tightly used to each other, frozen, and once again become a solid monolithic shield. Wonderful saved the expedition had the opportunity to return to the mainland.

At the beginning of the XXI century marine geologist, Professor, University of Hawaii Margo Edwards, who led the work on creating a detailed map of the bottom of the Arctic ocean, managed to get access to the classified report from the archives of the U.S. Navy.

She learned that in the 70-ies of the last century, the American submarine mapped the seabed in the North pole. But to fulfill this task until the end of the submarine failed.

The crew was scared constant strong hum coming from the depths of the ocean. In addition, some mighty force had been trying to reject the submarine off course. It felt like she was sucked into a giant whirlpool. Not wanting to further tempt fate, the commander decided to leave the dangerous area.

– We thought that we are almost all aware of the structure of our planet, but it turns out we were wrong, draws a conclusion that Margo Edwards.

The death of the rescuer

In 1998 Andrey Rozhkov – experienced diver, rescuer of world renown, who was called the pride of EMERCOM of Russia organized his own expedition to the North pole.

She was preparing very carefully, all the details of the transaction until the details were worked out during numerous training dives under the ice. So no doubt in the success of the plan from Andrey Rozhkov was not. 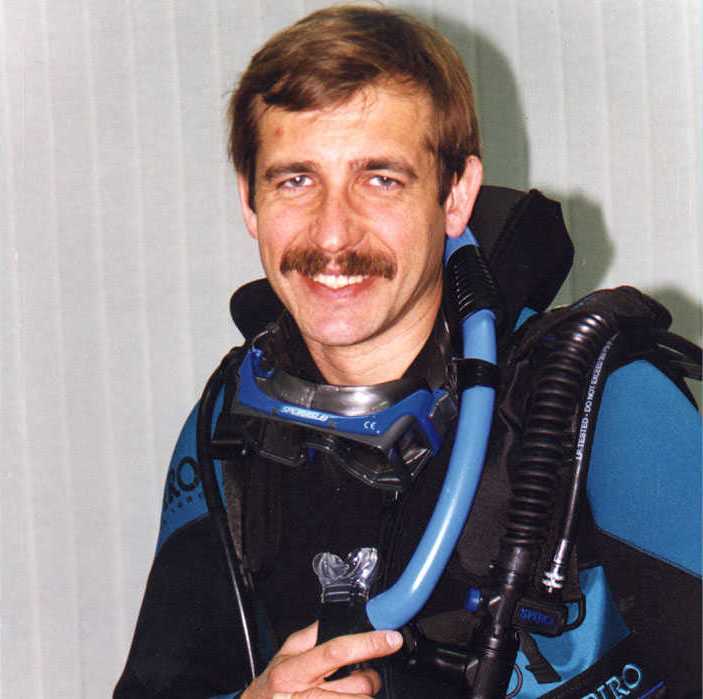 April 22 (that is, half a century after the expedition “Sever-2”) horns and his five companions arrived at the North pole.

They cut a hole for scuba divers, strengthening its walls in case of a fault, and shifting ice. Cones with a partner was lowered into the icy pit and went under water. Soon the mate came up, as it was planned.

Andrew continued the dive, wanting not only to be the first diver on pole and securing a depth of 50 meters. And it is also intended by the plan. Scuba equipment had the necessary margin of safety. The last signal from the Rozhkova received, when it reached 50.3 per meter.

What happened next – no one knows. On the surface, he did not rise. Partner tried to come to the aid of someone. However, immediately after the dive, it picked up such a rapid current that a scuba diver was forced to give up signal on the rise.

The speed of the cycle remained unchanged for about a day. Neither of which the new dip could not be considered. Andrey Rozhkov was posthumously awarded the title hero of the Russian Federation.

In Siberia are the subtropics?

What is this polar vortex? According to a hypothesis by Russian researchers Cyril Fatianov, in ancient times the Hyperboreans it functioned constantly, not allowing to mount on pole is a huge ice cap that threatens the planet “rollover” and the world with a flood because of this (those interested refer to his book “the Legend of Hyperborea”).

After the planetary war with Hyperborea a colony of Atlantis, both in the mainland sank to the bottom of the sea, disturbed circulation currents, and the polar vortex is gone. But in the twentieth century, he occasionally began to reappear, and now it happens more often. What does it mean Earth? Perhaps the climate really will be back in the era of Cenozoic, when in Siberia were subtropics.

The part about Atlantis is true. I know it for a fact. These were the genetically-modified ones with the elongated heads, and the blue eyes, and the white skin, and the red hair. I have come to understand their technology and have drawn it on paper, which in fact does work, and thus inevitably proves the story, although it is for me, and me alone. I know their history, and why they were killed, and what they believed. However no one will ever get the information from me, because I do not know anyone, and nobody knows me. Someday perhaps I will move into the wilderness.