Mystery of the Siberian craters 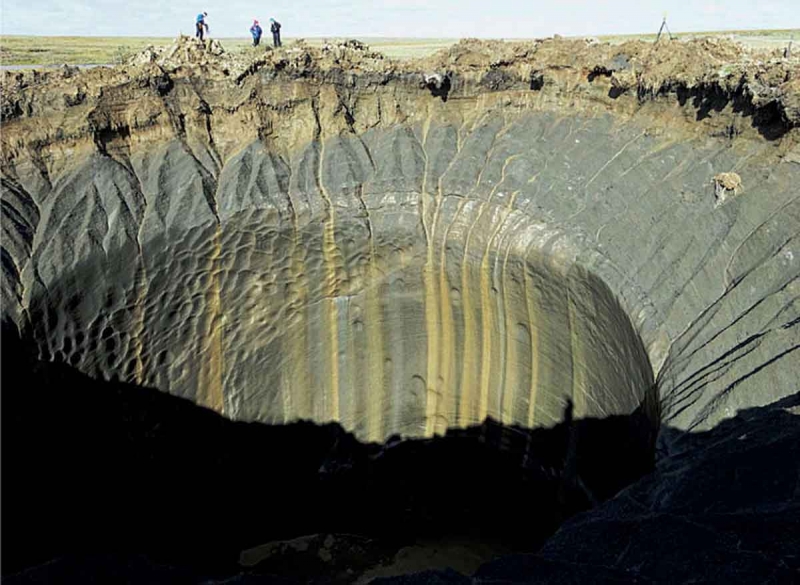 Summer 2014 in Siberia have discovered several giant craters. The discovery attracted the attention of scientists from all over the world. In July, the herders found an 80-foot crater on the Yamal Peninsula. In the same month, were discovered two craters, one of which is located in the Tazovsky district and the other on the Taimyr Peninsula.

More recently, with satellite surveillance managed to find four more of the crater. One of them is surrounded by a chain of 20 small craters. Currently, as shown by satellite photos, two of discovered in 2014, the crater turned into a lake.

“We now know of seven craters in the Arctic area. Five – on the Yamal Peninsula, one in Yamal-Nenets Autonomous district and one on the North of the Krasnoyarsk region, near Taimyr Peninsula”, — said Vasily Bogoyavlensky, a scientist of the Moscow Institute of oil and gas.

Epiphany believes that the craters can be much higher. Scientist calls for further research on the phenomenon, because it is a source of probable danger.

“It is urgently necessary to explore this phenomenon, to prevent a possible disaster,” he said.

Although the origin of these craters is still a mystery, scientists speculate that they were formed as a result of explosion of gas released by the melting permafrost.

“The methane, perhaps mixed with carbon dioxide, is under permafrost. Under climate warming, the permafrost begins to melt from the bottom, allowing gas to rise higher. In the end, under the pressure of the gas on the surface of the earth appears a hill, which then erupts with the formation of the crater,” says Vladimir Romanovsky, a geophysicist, studies permafrost at the University of Alaska.

In November 2014, scientists went on an expedition to study the craters on the Yamal Peninsula. The researchers were able to obtain interesting photos of craters. Vladimir Pushkarev, Director of the Russian centre of Arctic exploration, even down into the crater on the rope to inspect it from the inside.

“Only the upper part of the object like a crater. A few meters of soil has been thrown out, but the main part of the deepening was there before the explosion”, — said Romanovsky.

Emitted from soils methane may have even caught fire. The residents of nearby settlements saw a bright flash which could accompany the formation of the crater. As the gas could ignite, scientists do not yet know:

“In the winter, when the crater formed, there are no thunderstorms. Perhaps the methane is not burned – crater could be formed just under the pressure of the gas,” said Romanovsky.

The appearance of the craters was possible as a result of increasing temperatures and thawing permafrost.

“If warming continues, there will be all new craters. This can happen in any area where there are natural gas sources, for example, in Alaska and in Northwest Canada,” — says Romanov.