Natural anomalies that have no explanation 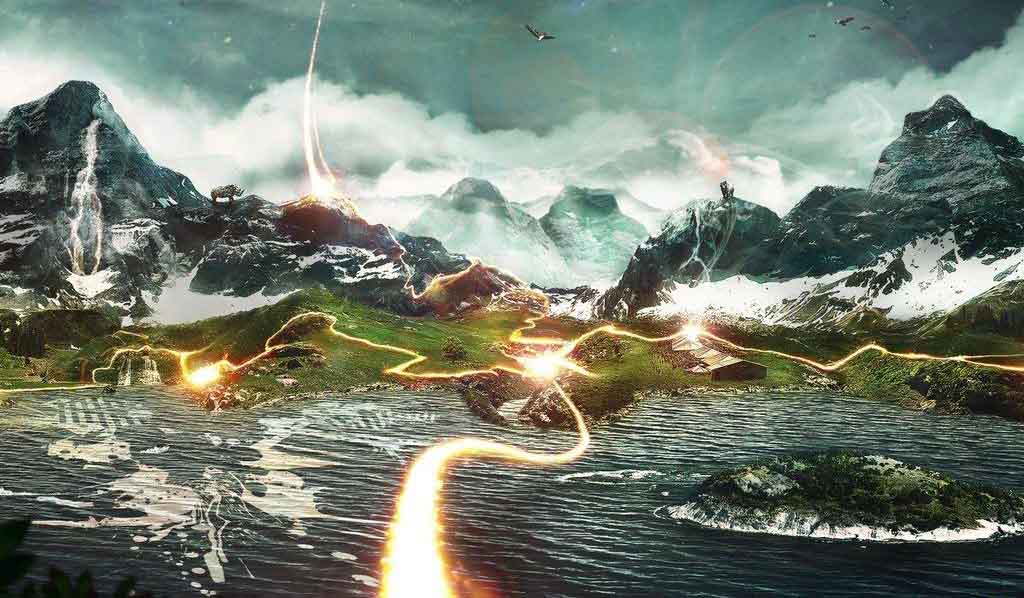 Volume: prehistoric plants. Volume one of the pine trees on our planet, more pine, but it’s not just pine. Volume are prehistoric plant those pine trees over 150 million years. These pines grow since the Jurassic period. It was generally believed that they were extinct long ago, the last fossils of these trees, just belong to the Jurassic period, but what was the surprise when they were discovered.

In 1994, in Australia, near Sydney in the national Park, this Park employee found Colo 50 units of this prehistoric plant. They grow in a remote place, and was hid from human eyes the whole time. 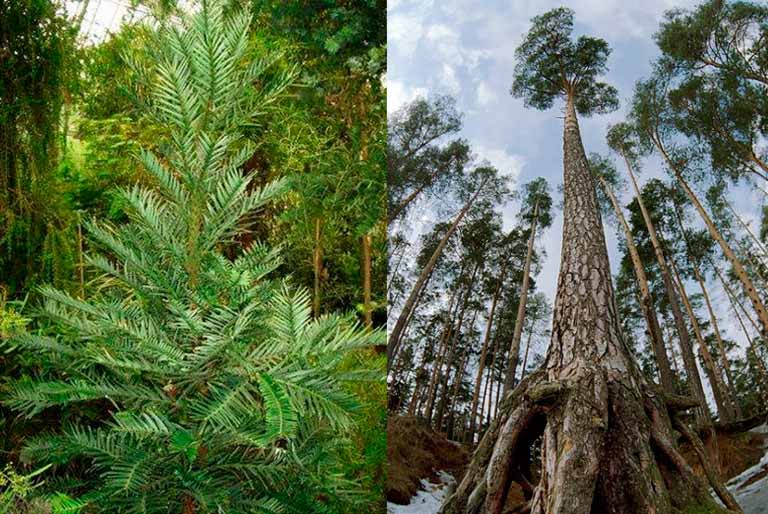 Volume Scientists still have not found the explanation of how they managed to survive until our times, the only more or less logical explanation for this is the remoteness of Australia from major continents.

During a break, Australia was far enough away that the local flora and fauna have evolved a little differently, and these pine trees, so generally stuck in time. Volume After the detection of trees, the Australian government decided to classify this information in order to protect the plants from attacks of other nature lovers.

But in 2005, the secrecy was removed, opened the auction, which sold saplings of pines. One seedling was worth several thousand dollars, despite the high prices of absolutely all the plants were sold. For sale saplings induced the fear that pine can degenerate themselves. 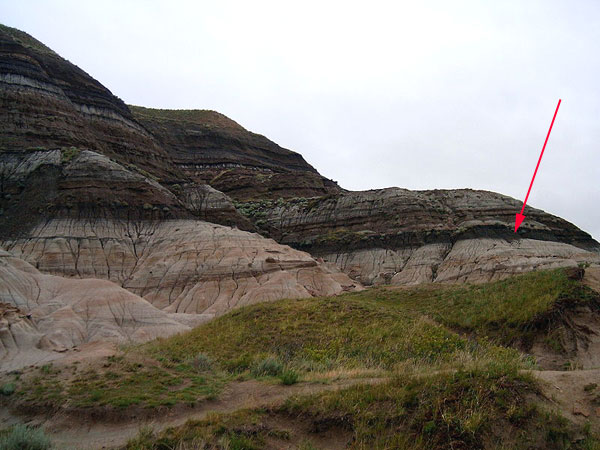 In the history of our planet there were several great extinctions when over short (in geological time scale) radically changed the biosphere has gone up to 60% of animal and plant species.

Closest to us, and the most famous is the mass extinction at the turn of the Cretaceous-Paleogene, about 65 million years ago. Besides the dinosaurs disappeared many species of mammals, marine invertebrates and plants. And although at the time of this event could stretch for hundreds of thousands of years – the scale of geological history it is undoubtedly a catastrophic event.

There are many hypotheses that attempt to explain the causes of the disaster. An outbreak of volcanism, changes in the intensity of solar radiation, meteorite fall, a sudden pandemic outbreak of a close supernova or x-ray source – these are just some of them.

Most scientists now adhere to meteoritic hypothesis. According to her, about 65 million years ago earth collided with a small asteroid, with a diameter of about 10 km the force of the blow was such that it formed a basin – a crater about a hundred kilometers. In the collision some portion of matter has evaporated, the atmosphere was filled with ashes and tiny suspension that led to a brief impact winter – the atmosphere was opaque, the albedo of the planet has increased and there was a cold snap. This state lasted no more than a few hundred years – or in geological deposits would be found traces of a major glaciation. 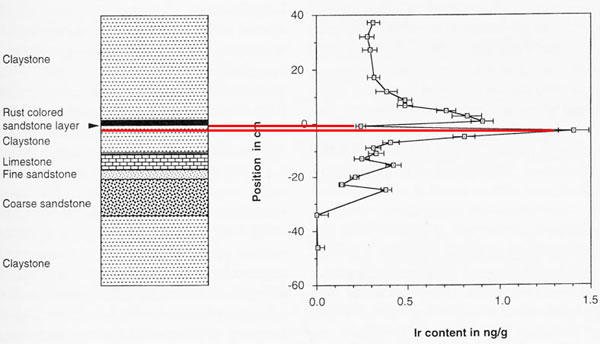 In principle, a similar effect would flash and volcanic phenomena. But the cause of all ills is the asteroid due to the discovery of the American scientist L. Alvarez.

Studying boundary layers near the border Cretaceous-Paleogene in Italy, he found a thin layer of clay, differing sharply from what was above and below the section. Chemical analysis showed that the clay content of the rare metal iridium srednevekovoi exceeds 20 to 50 times.

Iridium is rare on Earth, even in volcanic emissions, and even then not in all parts, its contents only a few times higher than in sedimentary rocks. But in the iron-stone meteorites, which may represent the remains of the collapsed proto-planet core, iridium, contains quite a lot.

After opening Alvares a search was conducted and the study of boundary layers around the world. More than 150 points were also discovered the layer of rocks, much (to more than two orders of magnitude) enriched with iridium. This phenomenon is called the iridium anomaly. Moreover, in some sections, this layer is not only enriched in iridium and other metals, but also contains grains of shock-metamorficheskogo quartz and tecticornia glazed fragments, which were droplets of melted and thrown away when hitting rocks that fell as rain on the planet’s surface.

Basically, getting such data, many believe that dinosaurs and other living species became extinct 65 million years ago due to the effects of the asteroid. In popular literature this view prevails, which is understandable (especially given the current hysteria by close approach of asteroids around our planet). However, all is not so simple…

Iridium anomalies have been found not only at the border Cretaceous-Paleogene, but also in other periods. Global extinctions are not associated. Some very large astroblem (the Kara, Popigai, etc.), much larger, did not cause such catastrophic consequences. Provides information about the findings of dinosaur fauna in the overlying layers.

Perhaps the fall of an asteroid accidentally coincided with the extinction, only accelerating it. Perhaps at the same time broke out close to a supernova. Perhaps an asteroid fell into the ocean, which greatly increased the effect of the lesion, whereas other major events successfully occurred in the land. While we do not know… 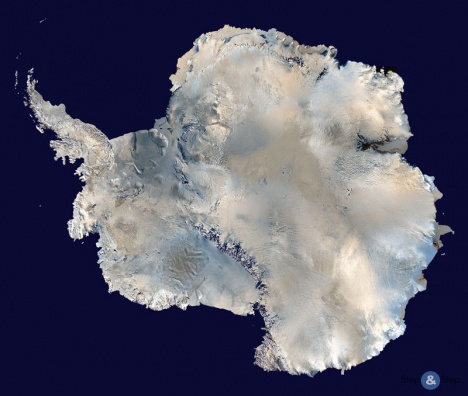 Scientists study the shapes and sizes of the Arctic ocean and the snowy continent of Antarctica has revealed a surprising similarity of the contours of the Northern ocean and the southern continent. This gave the opportunity to put forward the hypothesis that the Arctic ocean is nothing but a giant crater formed as a result of blow about the earth’s surface of a large meteorite or even asteroid. The seismic waves were focused in the solid core of the Earth, hit on the opposite side of the planet, “squeezing” a new continent – Antarctica, analogous to the Arctic ocean. 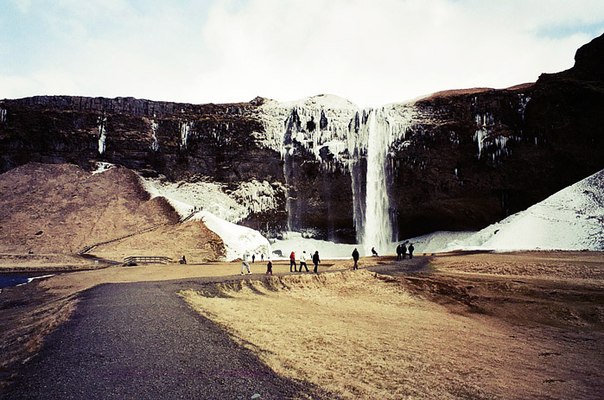 In China there is a river with a waterfall. It would seem, so what? But the anomaly is that the river never freezes in sub-zero temperatures. Even reaching -30 degrees, the flow will still go.

But in the hot season, in summer, on the contrary, the river fettered by ice. Still it remains a mystery to scientists. 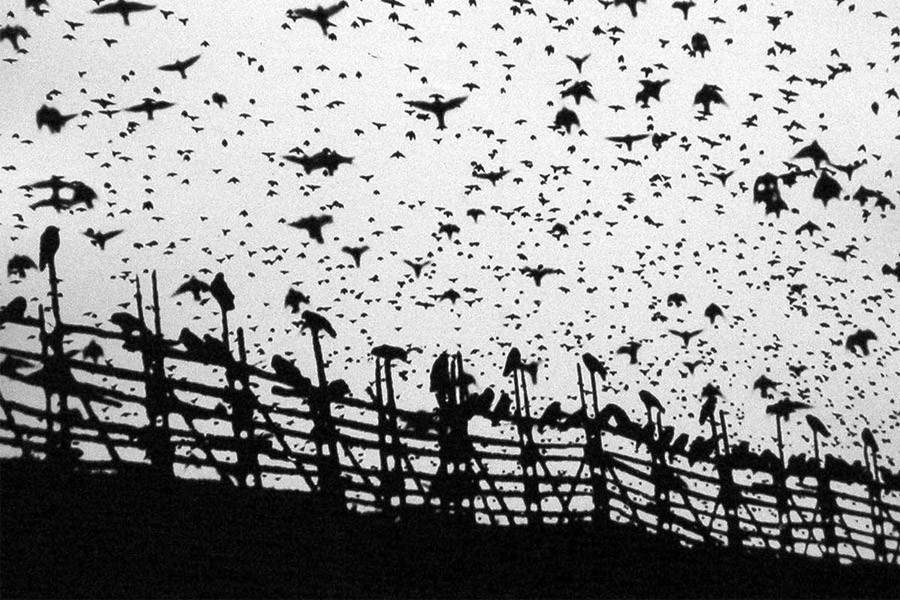 In the mountains of the Indian state of Assam is a small valley, with width of two kilometers and a length of not more than ten, and it looks unremarkable. The slopes of the valley are covered with forest, and in the center lies a small village called Jacinta whose life long time goes a little slower. But in mid-August, many people come here to see birds fall from the sky.

According to zoologists, exploring this natural phenomenon, birds, at this moment are in such a state that they can take over and they do not try to escape.

Continuing this mysterious phenomenon for two or three nights. During this period, the peasants of the nearby villages assemble in order to arrange a holiday, its name translates from local dialect as “the night of the falling birds”. On the main square of the village, the participants of the festival bonfires are lit up. Around midnight the birds begin to descend. They fly very low and they are easy to knock down with a bamboo stick. And some of them did fall to the ground on their own. Farmers pluck them and cook on fires as holiday treats.

For many years, “pricepad” occurs in one and the same time. Captured birds can still sit for several days, refusing water and food. Then, if their release into the wild – fly.

To explain this mysterious phenomenon none of the watchers can’t. In the world there are no longer places where there would have been something like that. Zoologist Sengupta, has long studied this phenomenon, conjectured that due to geophysical anomalies and a certain state of the atmosphere is disturbed, the nervous system of birds, and, falling into a trance, out of the darkness they fly to the light. This requires certain conditions. But while the theory is not supported by scientific facts.

Themselves as locals believe that it is gods way of showing his benevolence to the village and reward the residents for justice, sending them birds in the food. Because for many years there was not a single serious crime or murder or theft or even adultery, and the inhabitants of the valley live in peace and harmony. But whatever it was, the explanation for this mysterious phenomenon is not so far.

I am not a creationist, and neither am I religious, but I am one of the few who realize that the dating is retarded. Saying Ceolocanths are 500 million years old, and yet have not evolved or died out, is beyond impossible. It seems there is faults in their dating methods, the carbon dating of organic matter, as well as the dating of stones based on layers is practically pseudo-science.