Near the ISS noticed “UFO” 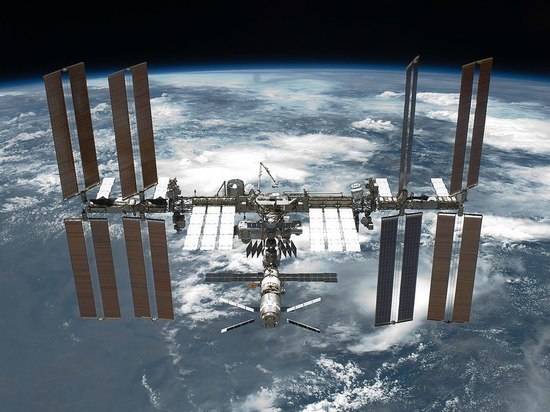 Looking through the recorded on the Internet records from cameras onboard the ISS, the American ufologist saw on one of them two unusual glowing spheres that appeared one after another. According to Scott Waring, who is keen on this kind of conspiracy theories, alien spaceships got into the frame, the disguise of which for some reason was temporarily disconnected.

On the Day of Cosmonautics, I noticed a “UFO” next to the ISS photo: ru.wikipedia.org
UFOlog notes that closer to completing the next broadcast in the frame, you can see a point shimmering with different colors and, presumably, rotating around its axis. Then this point goes out, and next to the place where it was, for a while, lights up one more. Some time later, according to Uoring, you can see that some time after the appearance of mysterious objects the screen turns green – the self-proclaimed specialist believes that all these events are connected.

UFOlog interprets this sequence of events as follows: an alien spaceship flew near the International Space Station, which for the time withdrew its disguise to send another one or two spherical spacecraft to flight. One of these stars is also visible, but is subsequently masked. The version that the objects represent glare on the camera or some other not too mysterious phenomenon is not considered. Moreover, the ufologist argues that the aliens intentionally warn the earthlings of their existence, while the governments seek to hide from them the truth.

In the comments to the video, some Internet users complained about the extremely low quality of video recording – in their opinion, whether the image is more clear, the nature of the mysterious object would be much easier to determine.