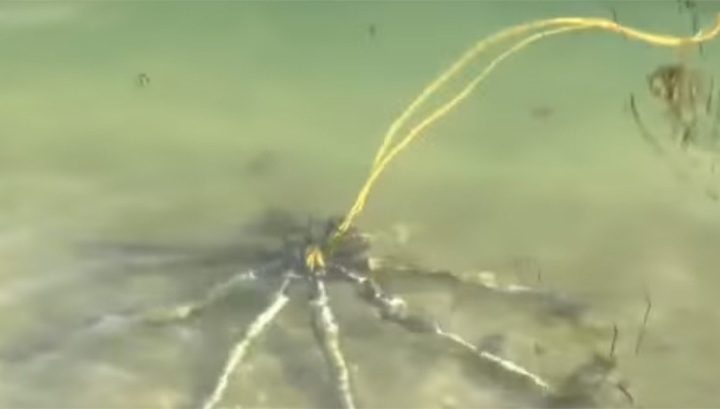 Near the shore off the coast of Westerly, Rhode Island, locals discovered a mysterious object. This is a round ball covered with something like concrete and having strange iron “legs” in the number of 8 pieces.

Employees of the local construction company, tried to pull a mysterious ball ashore, but it turned out to be not easy, the object is very heavy.

The object was found only three meters from the shore and the locals say that before it was not there, otherwise they would have noticed it.

In connection with the numerous questions of residents about belonging to a strange object, responsible for safety on the beach Peter Brockmann, made a similar request to oceanographers from the University of Rhode Island, who suggested that this is some kind of military facility that possibly leads, some observations Because of the waves and precipitation in the coastal zone. This is definitely not a natural object, but what it is, scientists do not know and offer to address this issue to the military.