On the beach, a mysterious object covered with shellfish 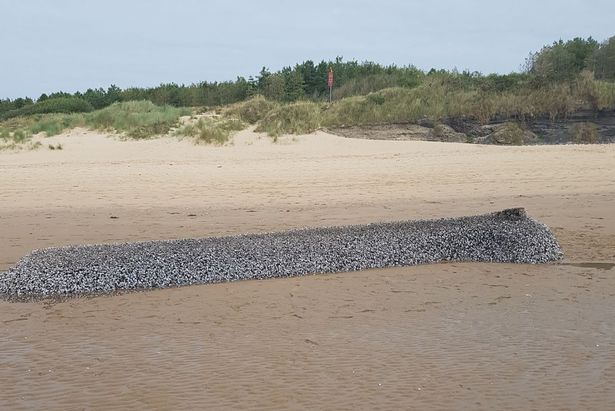 On the beach of the Welsh city of Carmarthenshire found a strange object, covered with shells, shellfish and other marine organisms. From a distance it looks like a monster lying on the sand, as many local media have written about. Residents of the city are afraid to touch the unknown “stranger” with their hands.

In the frames below, a mysterious object of unknown origin, covered with shells, like an armor, is imprinted. “Some worms creep out of the shells,” the movie’s author Suzy Watkins noted with disgust.

The origin of the “monster” from Wales is still a mystery.