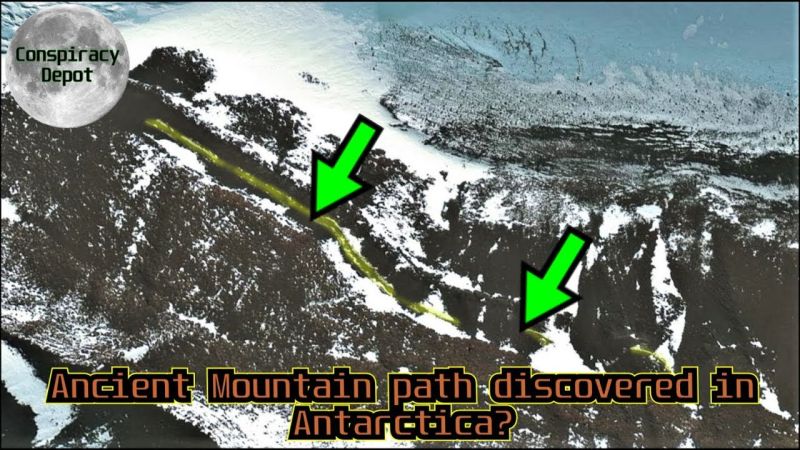 One of the researchers of Google Earth maps made a surprising discovery: he found under the melting snow of Antarctica something that is surprisingly reminiscent of an asphalt road and a bridge.

According to the conspiracy, this road has a length of about half a mile, and in one part of this “highway” is clearly visible bridge with an arch.

The road and the bridge, of course, are half-ruined for centuries by the snow and ice growing on them, but their fragments are clearly visible.

This picture gave supporters of the theory of the existence on Earth of civilizations that lived long before us, the possibility to assert that once on the coldest continent life was once boiling.