On the shore of Alaska threw a giant monster 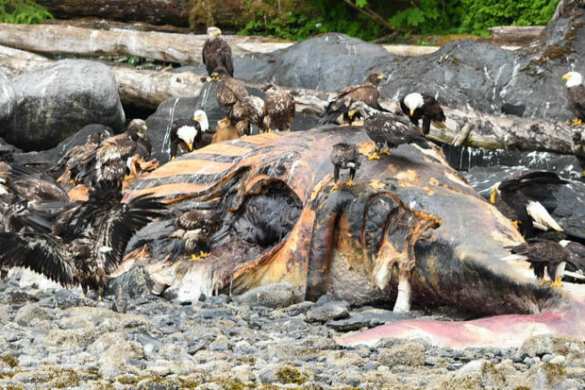 The other day, off the coast of Alaska, fishermen discovered an unknown nine-meter-long sea creature with huge eyes and long “tentacles”.

A huge stinking carcass at first seemed to the fishermen the remains of a giant squid. The huge eyes of the creature and the tentacles, the stretching bodies pushed them to the version of the squid. Called the find “Globster” – from the English words giant lobster, so denote unidentified creatures that are washed on the banks of large reservoirs.

The scientists soon became interested in the discovery: for example, the biologist Johanna Follenveider from the National Oceanic and Atmospheric Administration decided to personally study the animal carcass. After getting to know the globster, she stated that it was most likely the half-rotten remains of a humpback whale with no head and tail. 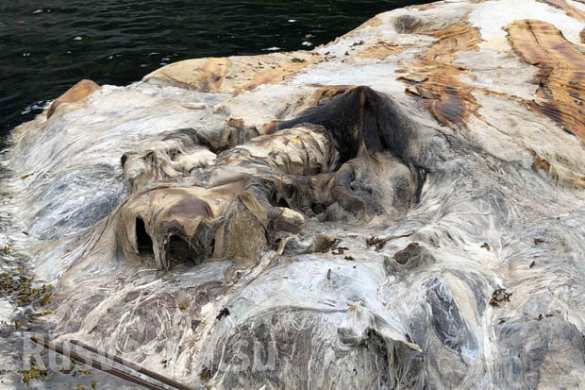 And the fact that the fishermen were mistaken for huge eyes was the place where the pectoral fins of the animal were fixed.

There are suggestions that the whale from collision with the ship and before being discovered, he lay for some time on the beach, where he became food for scavengers and brown bears. All this finally disfigured the carcass of the animal, turning it into an unidentifiable organic mass.