Residents of the village of Nyda faced the unusual natural phenomenon. On the river the set of huge snow spheres was formed. Spheres appeared after a heavy snowfall, thaw and the event after this whole gale. 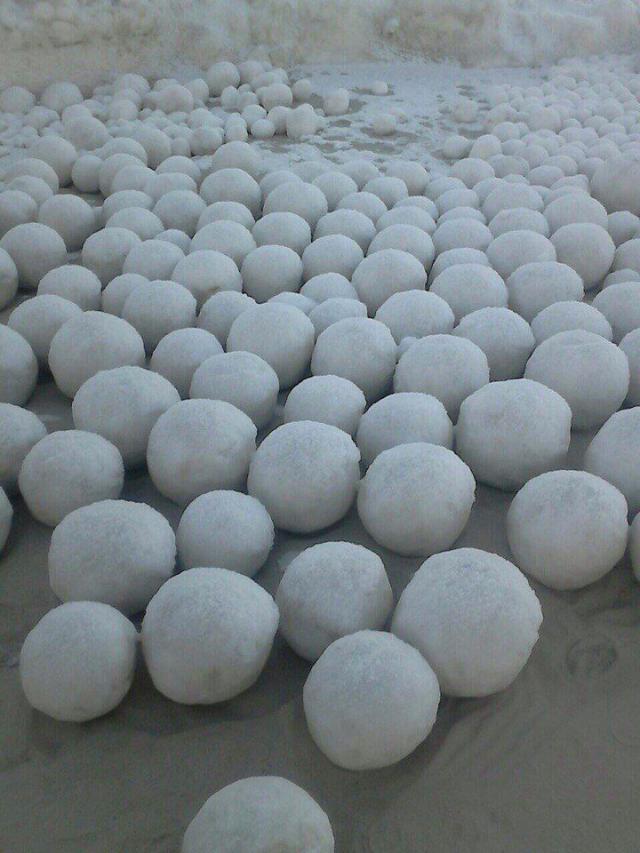 “At this time a lot of snow dropped out, and water arrived. Along the coast snow blocks with ice and when the surf began were formed, strong waves began to break the mass of snow into pieces and to roll them on sand. Pieces of ice began to accrue. Also spheres of the different size turned out”, – the head of department of social and housing development of the village of administration of the municipality of the village of Nyda Valery of Togo declared. 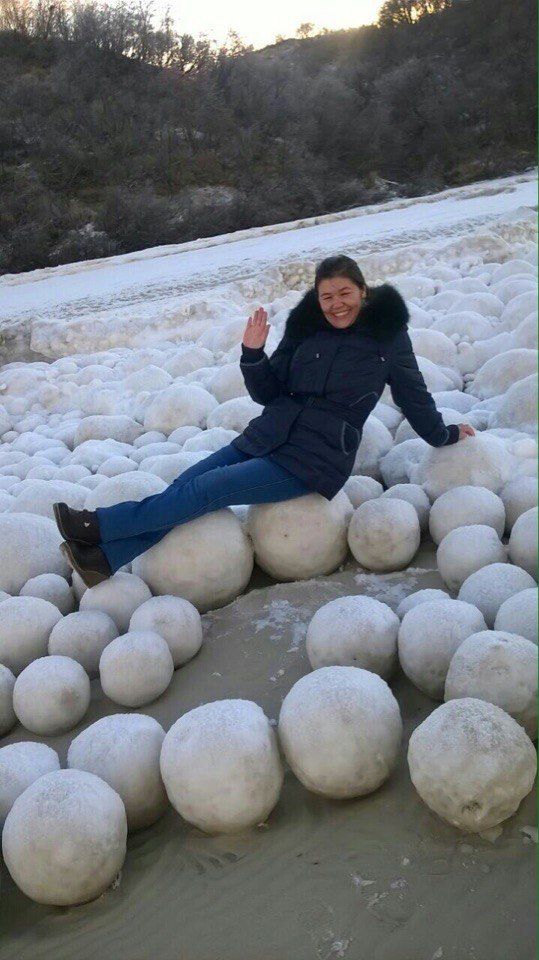 Diameter of spheres was from 10 to 25 cm. Unusual educations appeared here about two weeks ago.