One-eyed albino shark caught off the coast of Indonesia 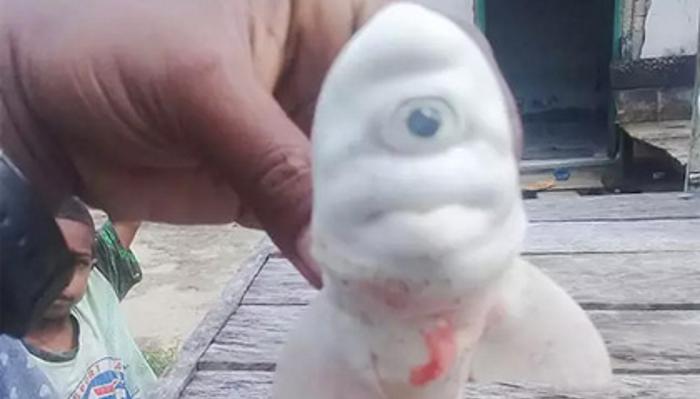 Fishermen have discovered a one-eyed albino shark off the coast of the Indonesian province of Maluku.

The fishermen caught and raised a shark on the deck, which died, entangled in nets. They began to butcher her and found that she was pregnant with three sharks. One of them, already dead, turned out to be completely white and one-eyed.

The fishermen handed over this rare find to the local authorities. As it turned out, the mutant shark had not only albinism, but also cyclopia – a malformation in which the eyeballs are completely or partially fused and placed in one orbit, which is located along the midline of the face. As a rule, the owners of this mutation die in the first days of life.