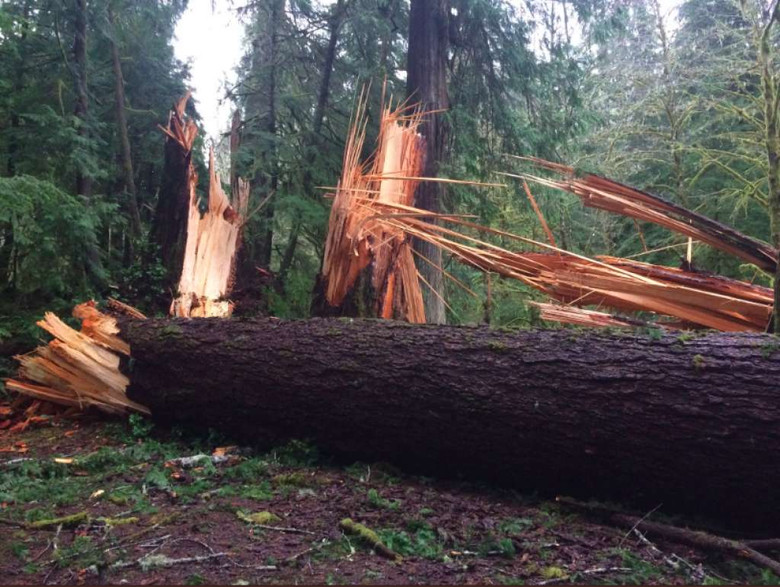 In the National Park of Washington State mysterious force knocked over a hundred large and strong trees. Many trees are not just piled up, but with incredible strength are broken like matches. The only suitable scientific explanation involves the participation of a very powerful wind, but meteorologists say that nothing of the kind in this area was observed that day.

About the event, the consequences of which were noticed early in the morning on January 27, 2018, reports Seattle Post-Intelligencer. Trees from the Olympic National Park park were damaged in the area near the northern shore of Lake Quinolt.

The incident is called mysterious, as according to the reports of meteorologists that day there were no squally winds in this area, and normal weather was standing. 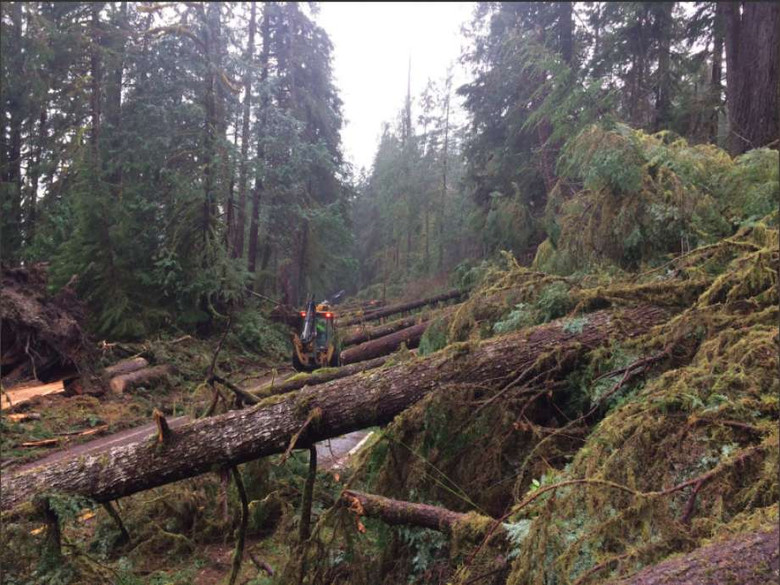 None of the meteorological devices also recorded wind anomalies. A theoretically possible version of the accidental “microburst” of the wind was put forward, but the representative of the National Meteorological Service rejected this version, since in order to knock over 100 sturdy trees, the wind had to blow at a speed of 70-80 miles per hour (112-128 km / h ). This speed is the speed of the wind with a strong hurricane and this can not be overlooked.

In addition, in this area there were no conditions for creating such a “microburst”. On that day, in some places in the state, areas with low pressure in the atmosphere and not weak winds were noted. But this was not the case in the park.

So the mystery of the fallen trees in the Olympic National Park of Washington is still a mystery.