Over China appeared a ghost town 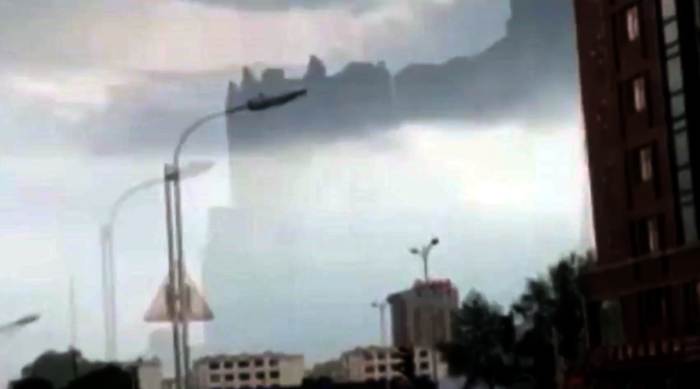 Strange floating city in the sky, appeared in the city of Wujong (China) in June 2017 and saw what was very astonishing. The celestial city appeared after a strong thunderstorm, accompanied by a rainstorm and the fall of hail.

It is interesting that the outlines of the air buildings were not similar to the buildings of a real city. While locals are speculating about the nature of the seen celestial phenomenon, the scientists proposed the usual version of what happened – a mirage.