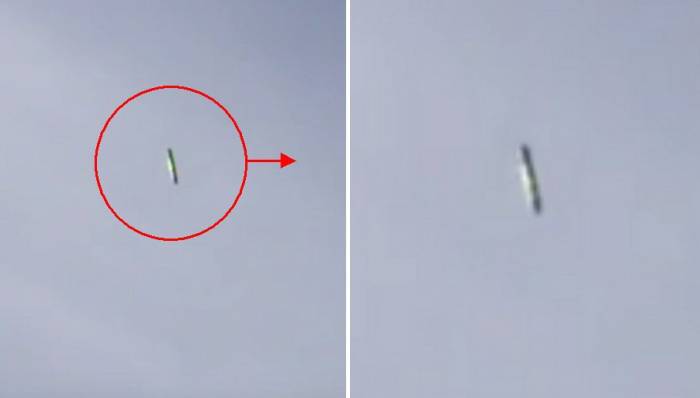 According to Western media, witnesses of the unusual incident were two English officers who drew attention to the unusual flying object appeared in the sky over North-East England.

The object moved slowly across the sky and two politsejskih were monitoring him for at least 30 minutes until he disappeared from view. The police officers were in the performance of their official duties, patrolling the road near the town of Consett in County Durham.

In the video you can see that the UFO is rotating around its axis and has a length of over 100 meters. According to police, the UFO appeared at an altitude of about 500 meters and then ascended up to 2 kilometers.