Over England strange perforation of clouds was observed 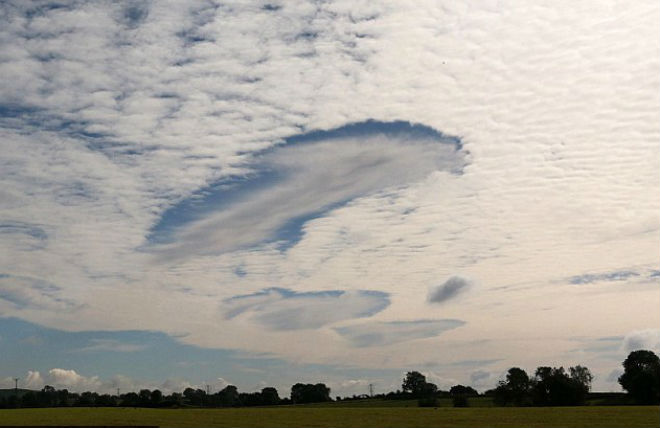 Residents of the town of Sanburi in the County of Somerset located in a southwest part of England, on Monday, October 10 observed the unique atmospheric phenomenon known as “perforation” of clouds which creates the gaping hole in the cloudy sky.

The people seeing Fallstreak hole (the English-language term of this surprising natural phenomenon) often take him for the UFO, the formed tornado or a trace from the meteorite which has entered the atmosphere. Actually this absolutely harmless phenomenon.

Usually Fallstreak hole is formed in the field of cirrocumulus and is high – cumulus clouds when liquid is in the overcooled look. 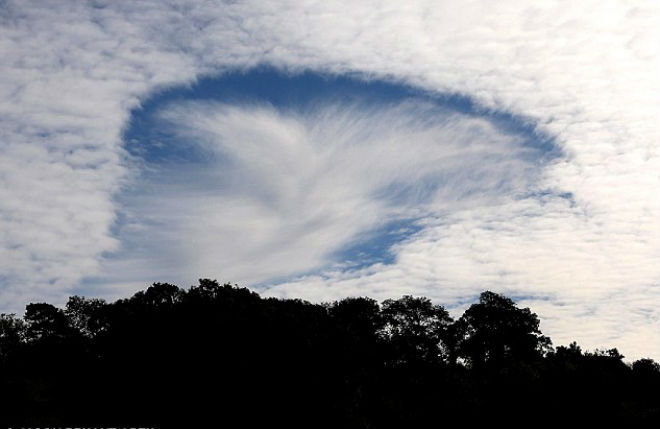 Such “cut” in the cloudy sky is usually formed after when the plane flies through cold air masses and clouds, leaving behind a mark from ice crystals. Crystals of ice “eat” water droplets. When they increase in a size and become heavier, begin to fall, creating the gaping hole. It can take several hours after flight of the plane.