Over Korea there was a strange light pillars 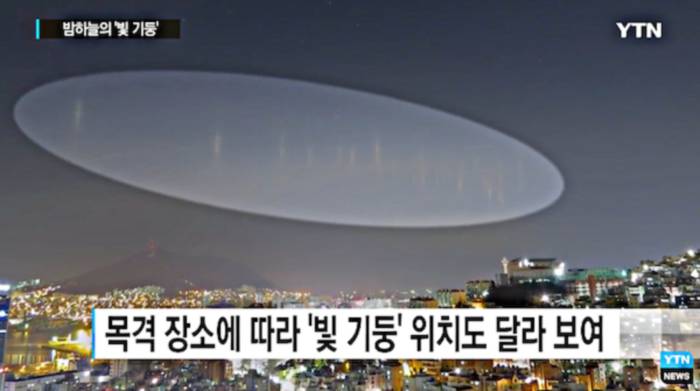 Strange light pillars appeared in the night sky over the Korean city of Busan. In the same place they appeared for three days. The unusual phenomenon attracted the attention of local residents who could see a strange formation in the form of a convex lens over the National Maritime Museum and Han river bridge.

Men are seen were scared, ufologists have blamed it on aliens, and scientists have explained the strange phenomenon of the refraction of light, which is sometimes observed over the Eastern coast of Korea. This phenomenon is due to the fact that the ice crystals in the clouds are illuminated with powerful spotlights fishing vessels engaged in squid fishing.