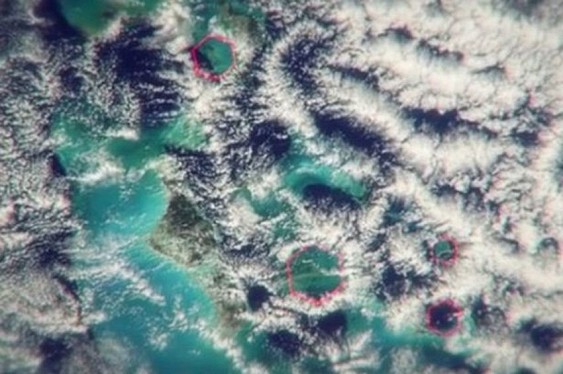 Scientists have discovered a very unusual hexagonal cloud over the Bermuda triangle. Scientists believe that they can become the answer to the mystery of this anomalous zone.

The Bermuda triangle is located between Florida, Bermuda and Puerto Rico and is famous for numerous unexplained disasters, they lost 75 aircraft and hundreds of ships.

According to meteorologist Steve Miller of Colorado state University, detected on satellite imagery an unusual hexagonal cloud with straight edges along the perimeter of the triangle can be the explanation of the reasons why the Bermuda triangle of inexplicable disaster.

Hexagonal clouds, can cause a powerful air flow, the rate of which reaches to 274 kilometers per hour.

The wind arising from these hexagonal clouds, blows up the air and leads to the formation of 15-metre waves in the ocean, the scientist believes.