Over the hurricane “Mathew” the unusual occurrence is recorded 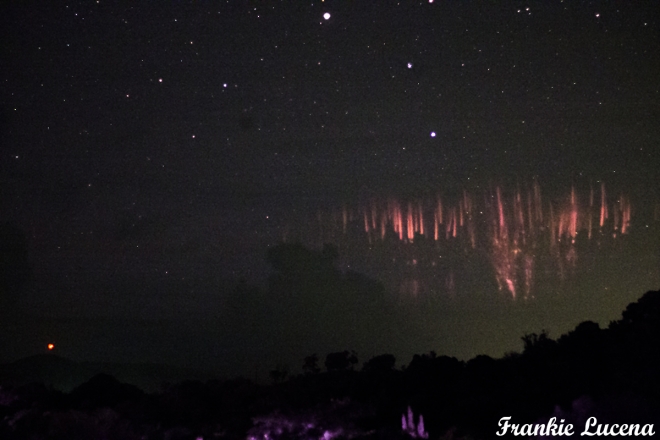 The hurricane “Mathew” storming in Atlantic has caused a stir not only in the force (it was already recognized the most active Atlantic hurricane for the last nine years), but also the unusual natural occurrences which accompanied him. So, on October 1, when the hurricane approached the Big Antilles, Frankie Lusen’s photographer from Puerto Rico managed to depict group of red sprayt in storm clouds, reports the Space Weather portal.

Sprayta represent unusual and very beautiful form of vertically extending lightnings. They adjoin to meteors, the polar lights and silvery clouds as arise at the height of 50-130 kilometers, sometimes reaching border with space whereas usual lightnings fix at the height no more than 16 kilometers. Red coloring to these unusual lightnings is given by the nitrogen which is in an upper atmosphere in a large number. Some researchers believe that formation of sprayt is started by directly space beams that allows to call them true manifestation of space weather. 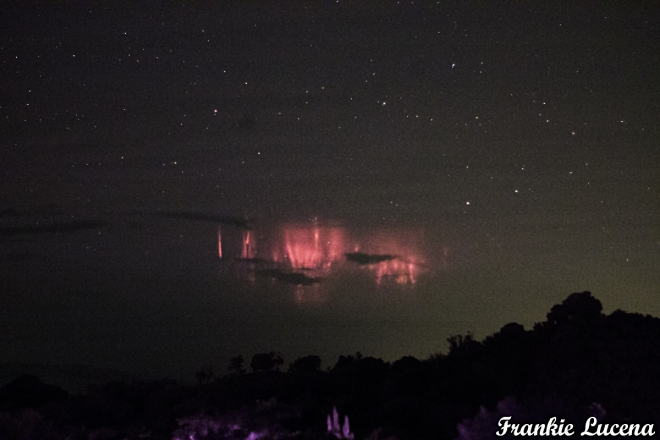 To see sprayta over a hurricane — very rare fortune. Many hurricanes aren’t followed even by usual lightnings as often they lack a key component for start of electric activity: vertical winds. But activity of the hurricane “Mathew” doesn’t allow to call him typical. For a moment, when pictures of sprayt have been made, his force reached the 5th category. Perhaps, very strong winds in close proximity to a hurricane have provided the necessary ascending streams.

Meanwhile, experts don’t exclude that fans of extreme meteophotos still will manage to imprint new sprayta. The hurricane moves ahead through Caribbean countries now, going to the mainland of the USA. At the moment degree of danger of a hurricane was lowered to the fourth, but in epicenter the speed of wind makes about 250 km/h.