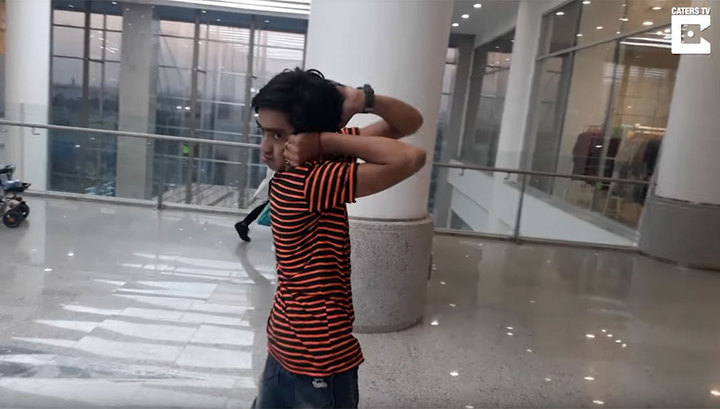 In Karachi (Pakistan) they discovered the unique 14-year-old boy of Mohammed Samir. He learned to turn his head 180 degrees with his hands. Muhammad admitted that this is not an innate ability, but the result of several years of training.

The teenager decided to repeat this trick after seeing a similar in one of the Hollywood horror films.

The boy’s mother at first tried to forbid him such experiments, but later decided that such an unusual ability of her son is “God’s gift.”

As a result, the “Owl Boy” dropped out of school and joined the dance group Dangerous Boys (“Dangerous Boys”). Speaking in it, Muhammad Samir began to earn and financially help his family.