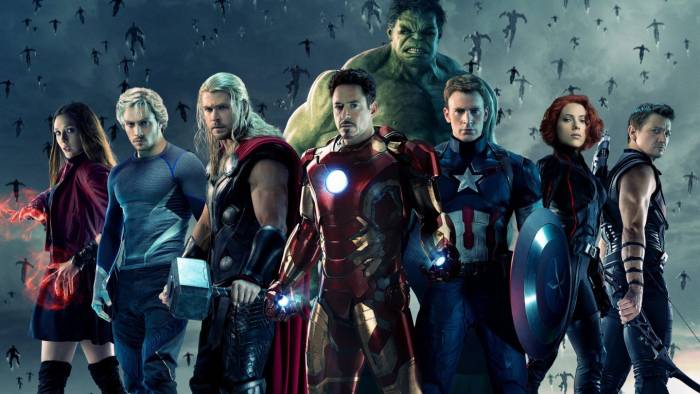 Superpower is not only the heroes of Marvel comics. A few days ago, British television viewers saw the first episode of the documentary series “Incredible medicine”. Journalists found unusual people who do not take the cold, nor the snake bites, nor the absence of oxygen. 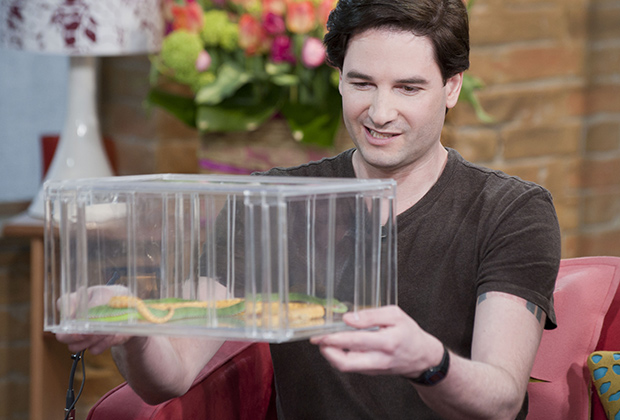 California-based musician Stephen Ludwin loves snake venom. “For me it is like coffee, says the American. — Gives me a boost of energy.” At his home 17 live snakes, and they all, except a couple of tree pythons, deadly poisonous. Ludwina are not confused. He makes a poisonous injection for almost thirty years.

It all began in childhood, when his father took him to the Miami serpentarium. The Director of the institution manufactured the antidote, and at the same time injecting poison to develop immunity from the bites. This made the boy a lasting impression. “He claimed that he never gets sick, and eventually lived to be a hundred years — says the musician. — I’ll always remember”.

In 1987, Ludwin moved to London and settled there in the company selling Cobra and pit Viper. It was then that he made his first poisonous injection. Since then, and prickly, and I have not regretted. Though once nearly died in 2008, he mistakenly mixed too powerful cocktail of poisons rattlesnake, Viper and Central American bothrops.

Gmina ludwin believes that the injections help him retain youth. He’s 13 years not had the flu in my 50 looks high at 35. “I really believe I ran into something interesting,” he says.

Unlike Ludwina, scientists from the University of Copenhagen does not just believe — they know it. Gmina ludwin, or rather, his blood — that really is very interesting. Most likely, the second person who so stubbornly pumps up your veins the poison of the snake, on the ground there. Researchers are extremely concerned about his antibodies. It is possible that they will be able to obtain a promising new antidote.

At the request of physicians, Ludwin third year, carefully documenting the type and quantity of injected venom. In addition, four times a year he flies to Copenhagen, to donate blood and bone marrow samples. When scientists will be enough material, they will try to isolate produced by Ludwina antibodies and will test their reactions to various poisons.

The smell of illness 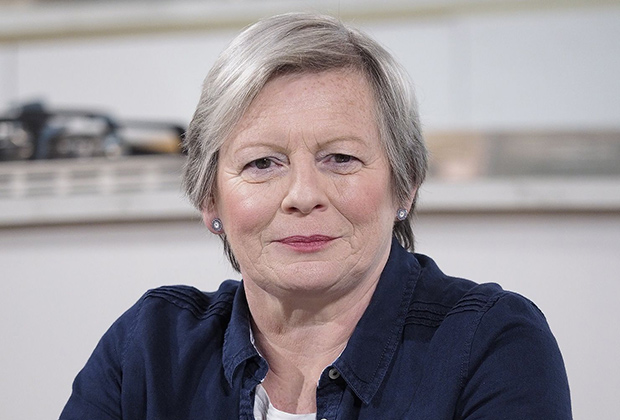 Once the UK citizen of joy Milne noticed that her husband began to smell a little different. She didn’t pay attention to it and suspected something was wrong until many years later, when my husband was diagnosed with Parkinson’s disease. In a charity that helps those who suffer from this disease, Milne met other people with the same smell, and they were also ill.

But no one, felt nothing and did not believe in the reality of this smell. In 2012, Milne came to the lecture by neuroscientist tila Konata. Waiting for the end, she told him that he is able to smell people suffering from Parkinson’s disease before the diagnosis. Neuroscientist, too, did not take her words seriously.

But after a conversation with a colleague changed my mind. He found Milne, showed her twelve t-shirts and asked to determine which were worn by the people suffering from Parkinson’s disease. It easily has selected seven shirts with the familiar smell of her. It made an impression: she was wrong with only one tank.

A year later it turned out that there was no mistake: the seventh owner Mikey is also found Parkinson’s disease. Milne was diagnosed before the doctors. How she did it?

The researchers found that the strongest smell is disease is felt not in the armpits and on the collar. Assumed that his source — the sebaceous glands. That Parkinson’s disease affects the secretion of sebum, the doctors found out almost a century ago. On accumulating in the skin of patients protein alpha synuclein, which could cause the smell, the doctors also knew, but no one came to mind to link these facts.

Now scientists are trying to turn the unique ability Milne in technology to diagnose Parkinson’s disease. If it succeeds, doctors will be able to start treatment at the earliest stages, when the symptoms of the disease appear. 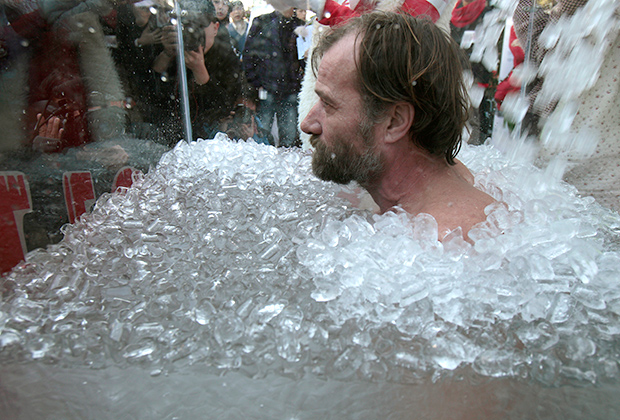 Dutchman WIM Hof at the age of 17 I saw a frozen lake and felt an irresistible desire to plunge into the icy water. He did find that the cold is not terrible. Since then has passed forty years, but the Hof continues to show remarkable frost resistance.

In 2007, the Dutchman went to the Arctic circle, took off his shoes and barefoot ran 21 kilometers through the snow, the temperature was minus 35 degrees. Two years later, he in shorts climbed to the top of mount Kilimanjaro. Then decided to repeat his Arctic marathon and ran 42 kilometers in twenty degrees of frost. And in 2011 spent almost 113 minutes in the tank, filled to the brim with ice. The achievement was put in the Guinness Book of records.

The Dutchman believes that they were able to develop innate abilities with the help of breathing techniques Tummo, which was invented by Tibetan yogis. Book Hof “Becoming the ice man” full of esoteric arguments and references to the Bhagavad-Gita. “If you can learn to use your mind, everything is possible,” he writes.

Oddly enough, scientists believe that in this judgment there is truth. Researchers from Nijmegen University set up an experiment: introduced the hardy Dutchman the toxin produced by E. coli. It usually causes symptoms that resemble the flu: fever, chills, headache. At the Hof it is almost not apparent.

Then the experiment was repeated on volunteers. After the training method, Hof, they easily tolerated the toxin than the control group. The study’s authors are inclined to conclude that the proposed Dutchman breathing exercises allow you to control the body’s immune response.

The last of the oxygen 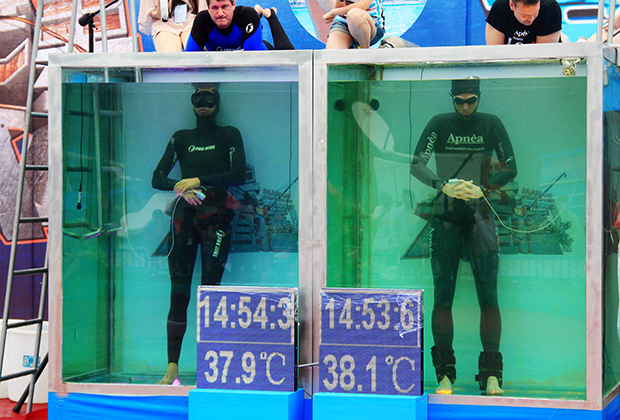 In March 2016 the freediver Branko Petrovic from Serbia set a world record: he held his breath, dove under water and held there for 10 minutes, 14 seconds. An ordinary person without airs difficult to last 30 seconds, but Jackson is not normal. He learned to dive and hold my breath five. 16 engaged in underwater hunting and left her only in order to become a professional athlete.

Scientists have long been interested in how the divers manage so long without oxygen. In General terms, the mechanism is clear for a long time. In cold water’s heart rate slows down, blood vessels constrict, and the blood from the extremities is redirected to the brain and heart.

Alas, energy and oxygen, which is able to save so ten minutes is not enough. During this time the brain of a diver would have to irreparable damage, but this is not happening. Why? The answer to this question is trying to find the Professor of physiology University of Split, Geico Dujic.

He found that when the lack of oxygen the diver observed an involuntary spasm of the outer intercostal muscles and diaphragm, weak and rare at first, then increasingly strong and frequent. This allows the body to reach any residual air still remaining in the lungs.

Dujic hopes that there is a way to run this defense mechanism in other situations — for example, during a heart attack. This could save the lives of millions of people.