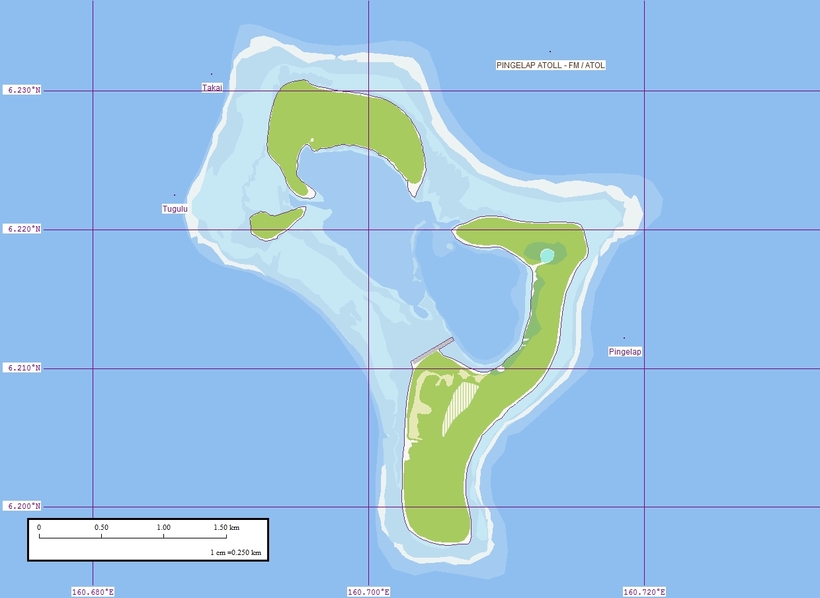 In the equatorial part of the Pacific Ocean there is a tiny island called Pingelap, which belongs to the state of Federated States of Micronesia (the state of Pohnpei). This island area of ​​only 1.8 km.kv.

It is remarkable that among its population the greatest percentage of people suffering from a rare form of color blindness is observed – monochromatism, i.e. complete absence of color vision. There is no such thing anywhere else in the world.

Monochromatism or achromatopsia is the most rare form of color vision disorder. People suffering from this hereditary disease see the world in black and white. Another feature of monochromatism is that people see in a bright light worse than with the onset of twilight. On our planet, such people are few, less than 0.0001% of the total number of earthlings. But on an unusual island, where only 250 people live, about 5% of the population suffers from monochromatism. What can be associated with such a high rate?

It turns out that in 1775 a deadly typhoon hit the islet. As a result of the impact of the disaster, most of the islanders were killed, about 20 people remained alive. This small group of people became the ancestors of all modern inhabitants of Pingelap Island. 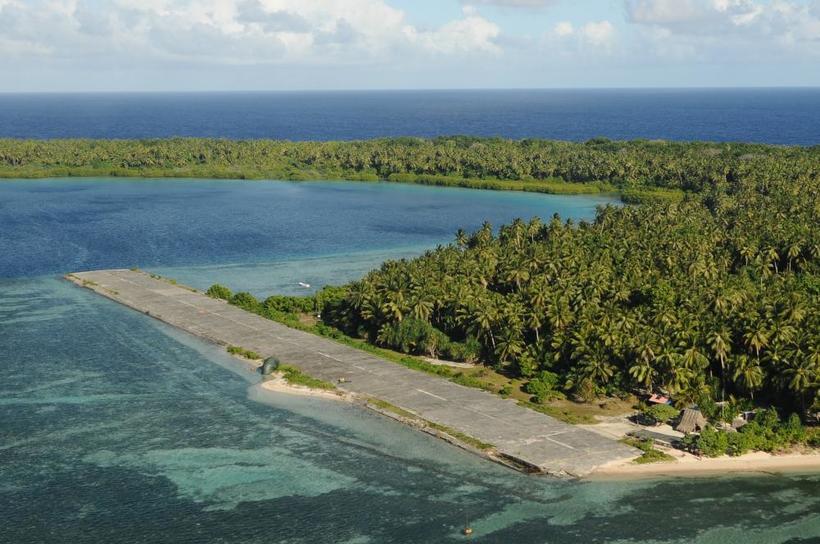 The researchers believe that one of the 20 islanders who survived the terrible natural disaster was a carrier of a genetic mutation that, with a certain combination of genes, promotes the appearance of achromatopsia. This state of affairs led to the fact that all of his descendants became carriers of a mutation that promoted the appearance of black-and-white vision.

Because of the small number of islanders, the closely related family alliances on the Pingelap are inevitable. This could not but affect their health: the genetic diversity of the island population turned out to be low. In genetics, this condition is called the “bottleneck effect”. It is characterized by a low diversity of the gene pool, which occurs after the restoration of the population from a small number of individuals. A similar effect is observed in isolated human populations, most often insular, and also widely known among animals.

It is interesting that achromatopsia, like all the other color impairments of sight, suffer in the overwhelming majority of cases of men. Women are only carriers of the gene, but they themselves become very ill. This happens if the woman’s father suffers from achromatopsia, and the mother is the bearer of a particular combination of the gene. In this case, the geneticists also found out that the non-achromatopsia spouses can have sick children. This will happen if they are both carriers of a mutated gene, and the likelihood of a diseased offspring is rather high is 25%.

After the discovery of an unusually high concentration of the achromatopsia gene, scientists from all corners of the world visited the Pingelap Island. Genetics hope that the findings will help them advance in the study of not only color blindness, but also other hereditary diseases of mankind.