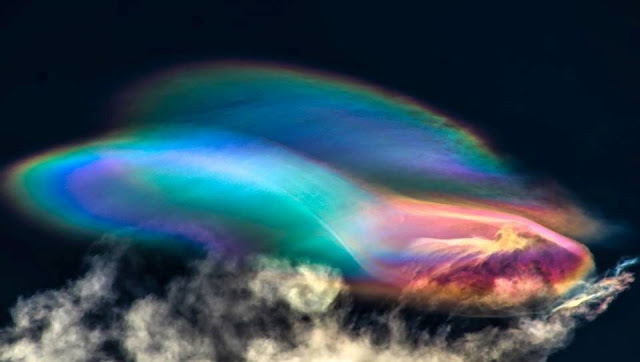 David Alvarado photographed the polar stratospheric clouds that appeared in the sky over Peru on January 18, 2018.

These clouds, unlike their tropospheric brethren, which we can see in the sky every day, are formed at altitudes of 15 to 25 km in the cold regions of the stratosphere (temperature below -78 °). And they appear rarely. Perhaps, in the history of physics of the atmosphere pearly clouds were observed only about a hundred times. Even the highest clouds, called silvery, we can observe more often than mother-of-pearl. It is clear that observations of mother-of-pearl clouds, as well as silvery clouds, require, at least, clarifications in tropospheric clouds. 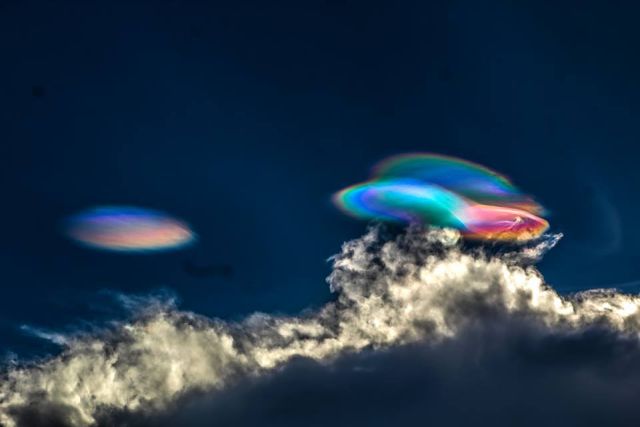 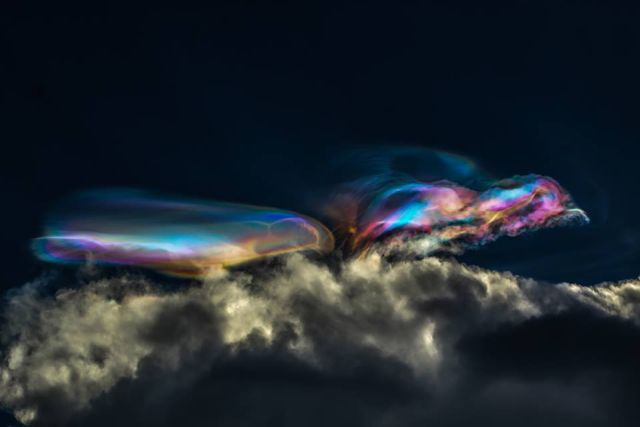 Pearlescent clouds, if lucky, we can observe, either in the evening immediately after sunset, or shortly before the appearance of the daylight. They are usually fully illuminated by the Sun within 20 minutes after it has set or before sunrise. These light and transparent clouds can not be confused with anything else: while the lower, tropospheric clouds are still in the terrestrial shadow and stand out in dark silhouettes against the backdrop of the dawn, high stratospheric pearl clouds, due to greater altitude above the earth, are already illuminated by the Sun and visible in the sky, painted in bright pearly colors. Such a color scheme is given by small crystals of water and nitric acid of approximately the same size, making up a cloud and refracting the sun’s rays.

In the sky, cloudy elements of these clouds are visible in the form of “lenticular” (“lenticular”) forms, like Altocumulus lenticularis. In this case, the wavy structure is also traced. In color and characteristic shape, mother-of-pearl clouds differ from higher noctilucent clouds formed at altitudes of 75 km. Therefore, they can not be confused. In addition, noctilucent clouds are visible only in the summer, and pearly clouds appear mainly in winter.

As we already noted above, stratospheric polar clouds consist of small crystals of water and nitric acid. And the chemical reactions taking place in these clouds are the result of transformation of the stratosphere composition. Chlorine, which enters the stratosphere mainly from industrial centers located on the surface of the earth, begins to react with ozone, which leads to the depletion of the latter. Thus, these beautiful clouds participate in a chain of events that lead to depletion of the ozone layer.