Potato, similar to a giant leg, grew in Brazil 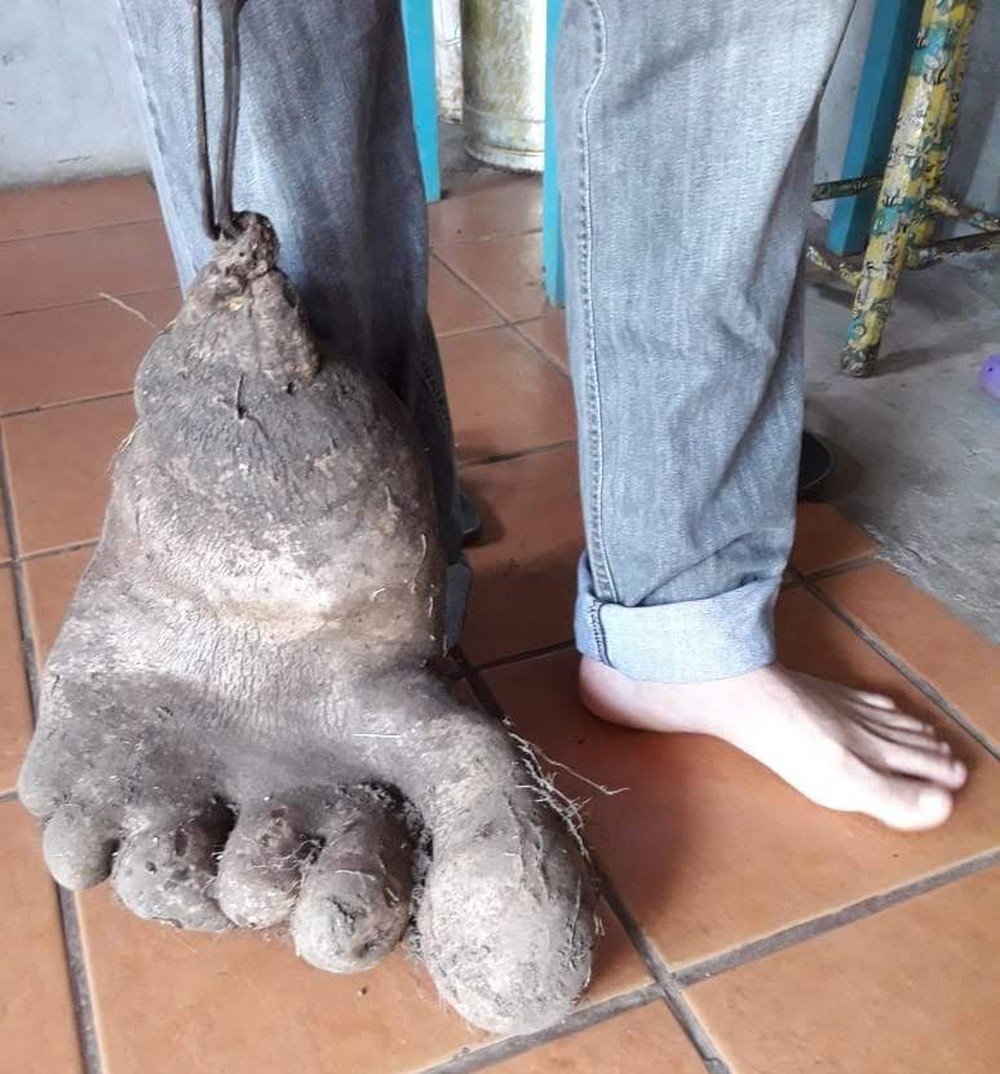 A huge potato, similar to the leg of a giant, was found in the kitchen garden farmers Marley and Paulo Sikinel.

An unusual fruit weighing 8 kg was raised in the town of Meleiro in the southern Brazilian state of Santa Cantarina. 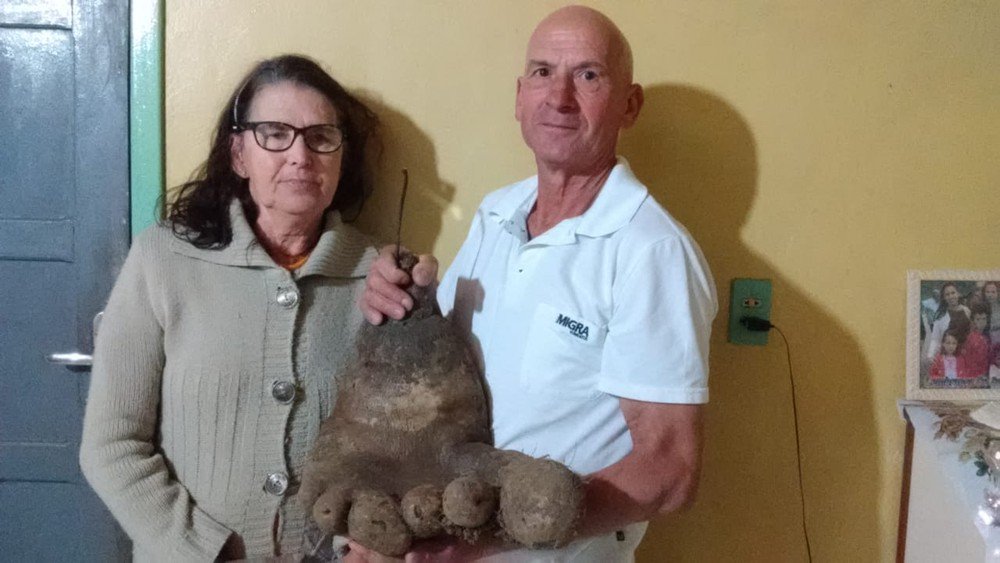 Murphy in form resembles a giant foot. She has six “fingers”. The largest of them is also covered with “hairs”.

In the garden, farmers grow a lot of vegetables. But they had never seen anything like it before.

“I was a little scared when we dug it out,” Marley told reporters.

Paulo and Marley are retired. They grow potatoes and other vegetables in their garden behind the house.

The owners are assured that they will not eat an unusual find, but they will show it to everyone who wishes.