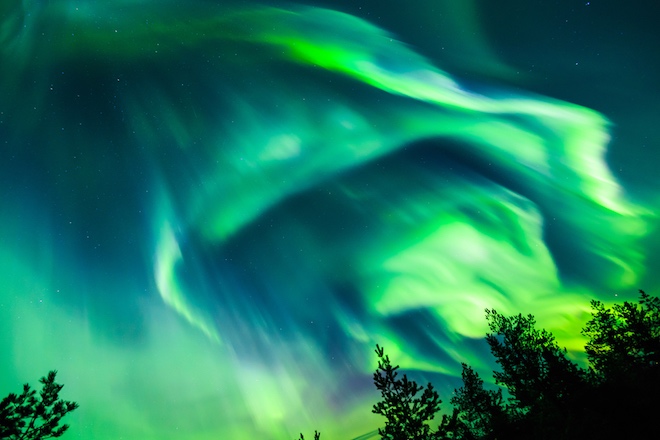 According to eyewitnesses, especially the powerful Northern lights accompanied by strange sounds, like a faint crackling, rustling or hissing that can be heard for several minutes and then disappear. For a long time it was believed that these sounds make — believe. However, Finnish scientists were able to confirm not only their reality, but also to put forward a plausible theory for their occurrence.

According to scientists, it’s all about charged particles “trapped” in the layer of the atmosphere, which is formed during the cold nights. These particles rapidly lose their charge at a time when emissions of the solar matter reaches Earth. As a result, there are the most unusual sounds.

Previously it was thought that these sounds may arise from the difference of charges between the air during geomagnetic storms and objects on the ground such as leaves and pine cones. But the Finnish researchers found that the sound comes from a height of 70 meters above the Ground.