Published an interview with an eyewitness of the “Roswell incident” 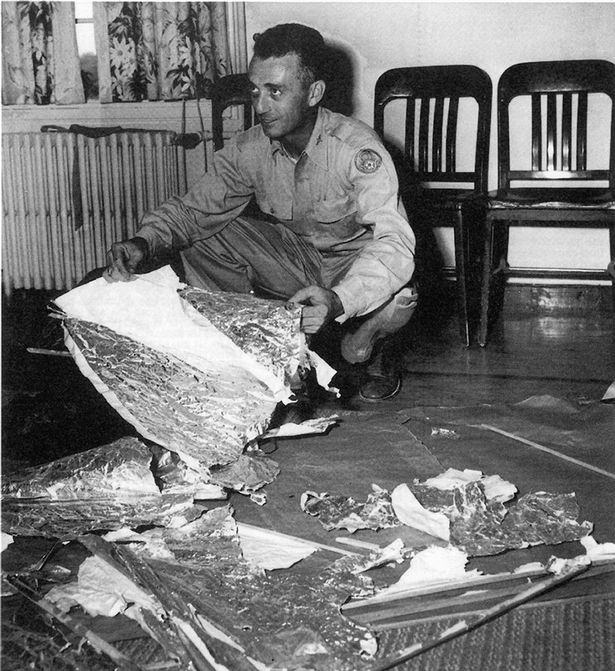 The interview tells about the events of July 1947, 70 years ago, that year, which was forever registered in the history of ufology as the year of the UFO crash in Roswell, New Mexico (Roswell incident). This incident has been a stumbling block for historians, ufologists and anyone who has heard of it at least once since it has accumulated many legends or confirm the version about the fall of a UFO with the discovered bodies of aliens or completely denying it.

Skeptics claim that in the desert of New Mexico, a meteor shower or balloon has just dropped. The last time the official investigation of the incident was conducted in 1994 at the request of a US Congressman from the State of New Mexico. Comparison of all the information received allowed the commission to conclude that the object found in Roswell was most likely a device from one of the balloons bundles of the Mogul Project (a secret project of the US Air Force related to the use of microphones in high-flying balloons).

Ufologists, of course, did not agree with such a conclusion. In their view, a ship of aliens and their equipment fell into New Mexico and the bodies of the dead pilots (and also some surviving crew members) fell into the hands of the US government, which for all these years has been hiding the truth and based on alien technologies creating its secret military aircraft.

In an interview that the British newspaper describes as the first published report, the former deputy of the sheriff, Charles Fogus, tells in detail about what they (with Sheriff Slaughter) saw at the scene. An unidentified object fell alongside the riverbed and Slaughter and Fogus from Texas found out about the incident from the police radio talks. They decided to go there, although it was not very close to them, in the neighboring state.

– When we got to the place, there were a lot of military men. They dragged a large creature … These bodies were about 5 feet tall, I saw their hands and feet, they looked like human beings. Their skin was brownish, as if they had been in the sun for a very long time and were very tanned. There were a lot of military men, three or four hundred people. We saw how they carried bodies from the canyon and put them in trucks.

When asked if they saw the heads of the newcomers, Fogus replied that their heads were covered:

– They were covered, but their eyes were visible. They were what they show on TV.

Then Fogus argues aloud about what he saw.

– The Great Father did not just create our planet, he created them also on their planets just like us on our planet. And they are smarter than us.

According to Fogus about 20 minutes after they came there, they were approached and asked to leave this place.

An interview with an elderly Charles Fogus was recorded by private detective Diane Short from Los Angeles in 1999. Diana asked Fogus if he remembers well the events that took place 52 years ago and Fogus replied that he remembers them very clearly.

Then Diane asked him to draw a picture of a fallen UFO, but Fogus’s arm was damaged and he asked Diana to draw by his descriptions. According to the result, the object looked like an inverted saucer and was almost round from above.

Fogus said that he did not have very good eyesight, but he saw this object from above from the top of the hill lying below. The diameter of the object was about 100 feet (30 meters).