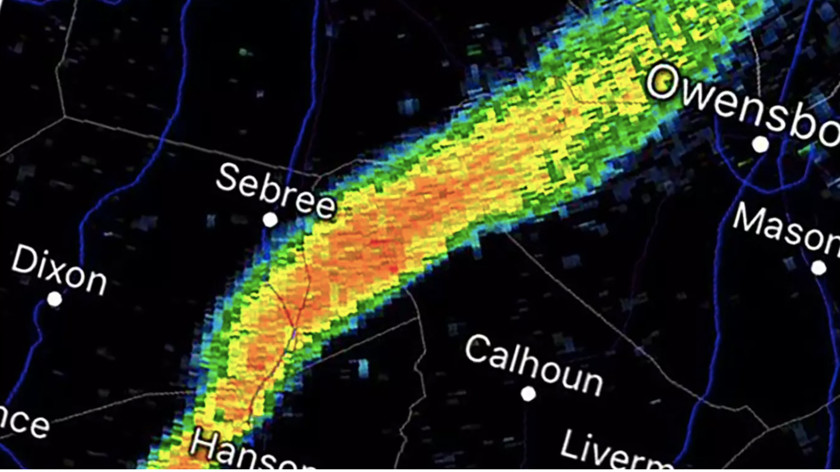 Radar recorded an unusual formation that appeared over the territory of the United States. An unusual zone with an abnormally high temperature stretched for 80 kilometers in length, and did not disappear for about 10 hours.

Meteorologists periodically encounter anomalies that cannot be explained immediately. Therefore, many of them have become accustomed to unusual phenomena. But the education faced by specialists from the National Meteorological Service surprised even experienced specialists. An unusual object was observed over the southern part of Illinois, the southwestern part of Indiana and in western Kentucky. Its length reached 80 kilometers, the formation was in the air for more than ten hours.

The upper boundary of the object reached three kilometers in height. Experts, among other things, were interested in the fact that a relatively uniform “wave” consistently moved from one state to another.

As early as December 10, 2018, at about 3:00 pm central time, meteorologists at local stations, as well as specialists from the National Meteorological Service in Paducah (Kentucky), began to track the radar “drop”: it rapidly grew in length and moved south. Subsequently, the meteorologist Wayne Hart (Wayne Hart) confirmed on Twitter information about the observations, and also made assumptions about the nature of the object.
According to the data, the “cloud” was formed after the flight of the Lockheed C-130 Hercules military transport aircraft to the north-west of Evansville. For some reason, the AN / ALE-47 false target automaton worked. 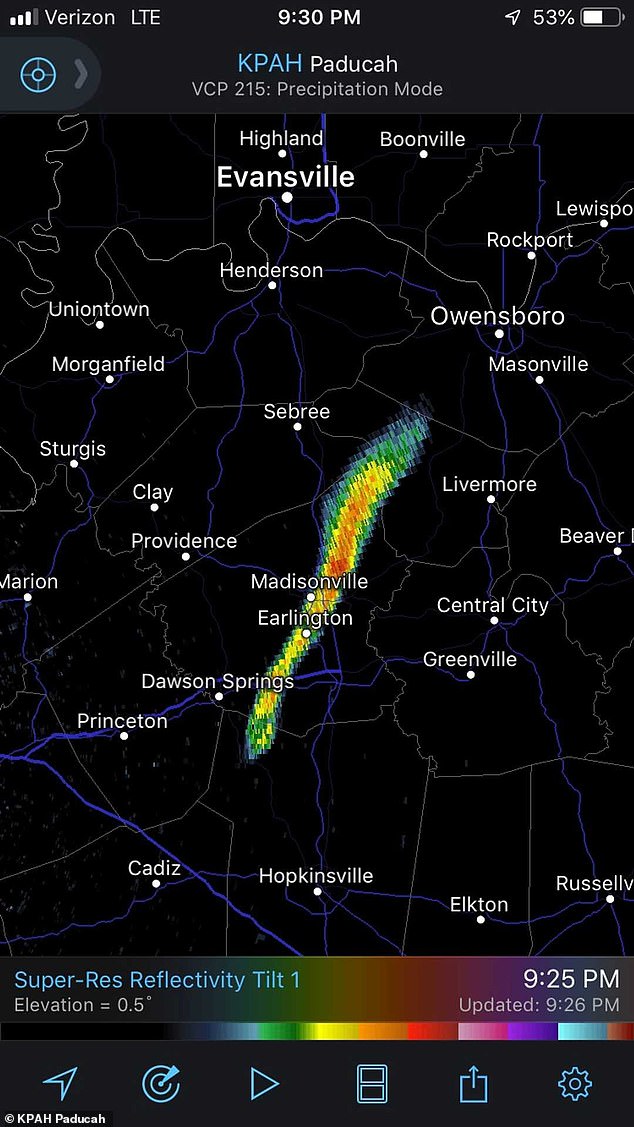 False heat targets – pyrotechnic devices that emit a large amount of heat during the combustion of a combustible composition. In turn, for protection against missiles with radar homing heads, dipole reflectors are used, which are strips of foil, or metallized paper, or pieces of metallized fiberglass.

Experts are skeptical about the version of the false goals, including due to the very high temperature of formation. In addition, there was no official confirmation of the use of C-130 countermeasures. Not named a specific board, leaving behind an exotic “strip”.

According to some experts, it is possible that the military is testing a new unknown substance (military facilities are located nearby). However, to answer all the questions will be possible only after a while.