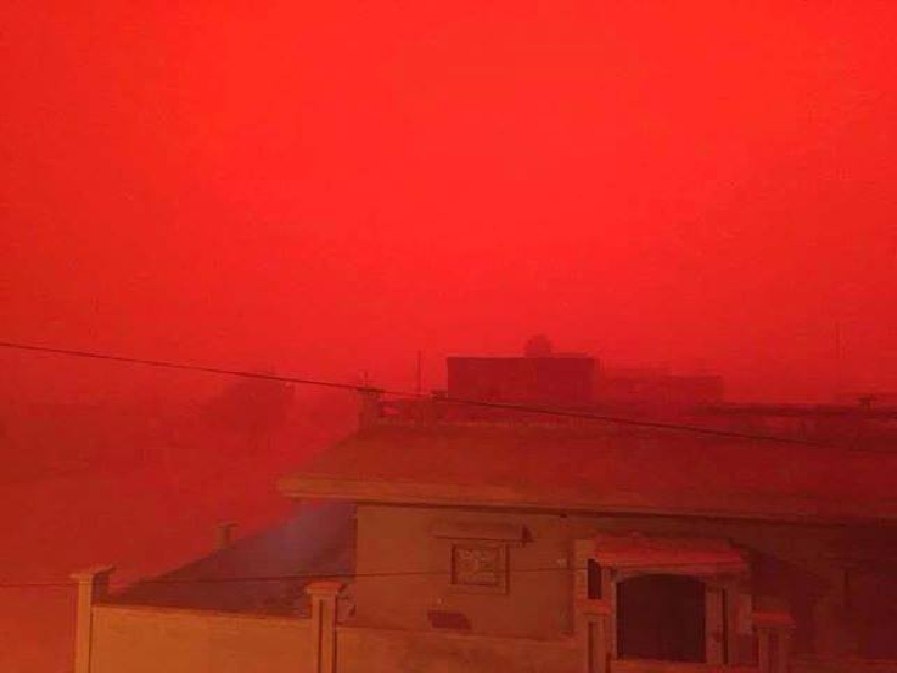 A powerful dust storm hit northeastern Libya on March 26 and was accompanied by unusual phenomena in the form of a blood-red sky, which greatly scared the locals, who had never seen anything like it before.

What is the reason for the formation of a sandstorm of such unusual color for this natural phenomenon, comments from meteorologists have not yet been received.