Remains of a Sea Serpent found in the Mediterranean Sea

The sea serpent is mentioned in myths around the world and in the testimonies of eyewitnesses who described encounters with this monster, but science, as usual, has attributed all these testimonies to myths and legends.

Swedish cartographer and historiographer Olaus Magnus, who lived in the first half of the sixteenth century, wrote about the sea serpent: “They live near Norway in a calm sea, very annoying and unloved by sailors. Their length was “two or three hundred feet” (that is, about 60-90 meters).

In 1734 Hans Yegede, a missionary to the Eskimos, saw a sea snake off the coast while sailing to Greenland. “As for the other sea monsters, we found none, except a terrible beast that showed itself on the surface of the sea near our new colony (Godhaab) at 64 degrees north latitude. It was of colossal size; when the beast came up, its head reached to the top of the mast of our ship, its torso swollen like a ship, the length of the monster exceeding three or four times the size of a sailing ship.”

In 1848 Mack Oue, captain of the British corvette Daedalus, and seven men of the crew between the Cape of Good Hope and St. Helena encountered a sea serpent, It was described as holding its head a meter and a quarter above water, was at least 18 meters long, was distinguished by the absence of scales, the upper body was dark brown, and the lower was yellowish white. “The animal swam so close to our ship,” Mac Oue asserted, “that if it had been a familiar person, I would have had no difficulty in recognizing it. McAugh, who is by no means a fantasist, sent his report to the Admiralty, which passed it on to the press.

Subsequent reports of sea serpents were numerous, and the names of the men who signed the report were too well known to ignore these reports. For example, a report by a naturalist, an insect expert – a member of the expedition on the yacht Valhalla. It describes a sea monster that was observed off the coast of Brazil at the beginning of our century.

Or the account of Captain Forstner, commander of the German corvette that sank the English steamer Iberian during World War I on July 30, 1915, 60 miles off the southwest tip of Ireland. Following the underwater explosion, Forstner claims, a crocodile-like body about 20 meters long was thrown into the air about 25 meters high. The animal had two front legs and two back legs with strong fins. The head was pointed.

Now let’s go back to our time and watch a video taken by the camera of the underwater Remote Operated Vehicle used for the gas and oil industry. This video was taken in the Mediterranean Sea while exploring the seafloor. ROV discovered a strange set of bones on the seafloor. It appears to be the bones of a sea serpent or a creature unknown to science.

I should point out that this video was shot by professionals who work underwater in oceans around the world. They know whale bones and come across them from time to time. The size of the skeleton in the video is not the usual size for any marine life in the area. A whale has three blades on its vertebral bones, each spaced 120 degrees apart, while this creature has only two.

In terms of skeletal structure, this creature corresponds exactly to how the Sea Serpent was depicted on ancient engravings and described by eyewitnesses.

The operator of this submersible said: “The bones could be very ancient, because I saw a lot of clay amphorae sticking out of the mud, and they had been there for potentially 1,000 years. The bones were about 30 meters long, very large and look like they belonged to some kind of snake. I tried to lift one vertebra from that skeleton to the surface, but it crumbled when I tried to grab it with the manipulator.” 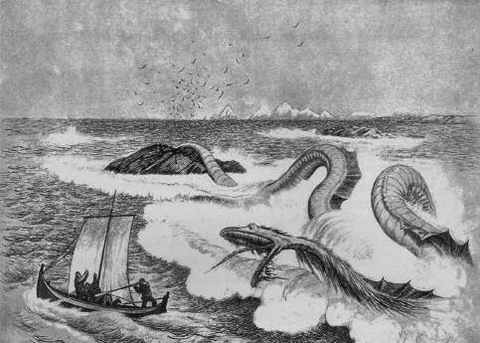 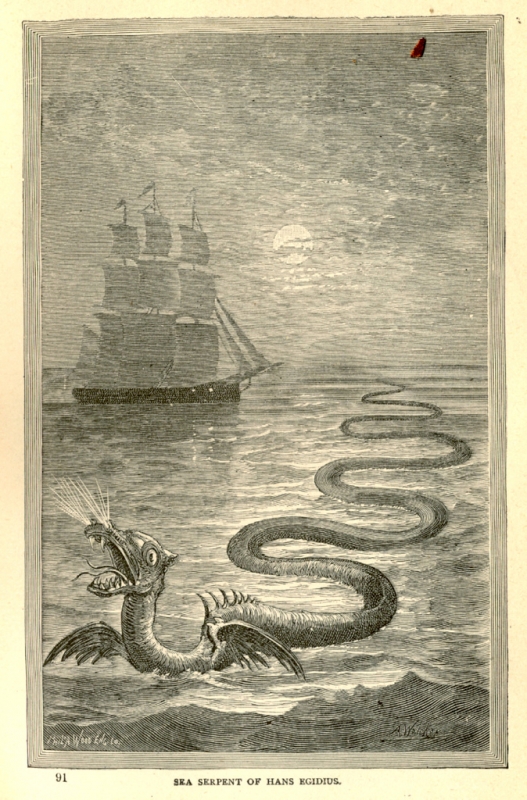 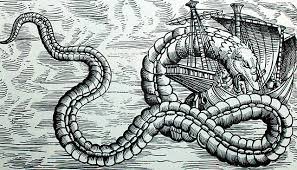 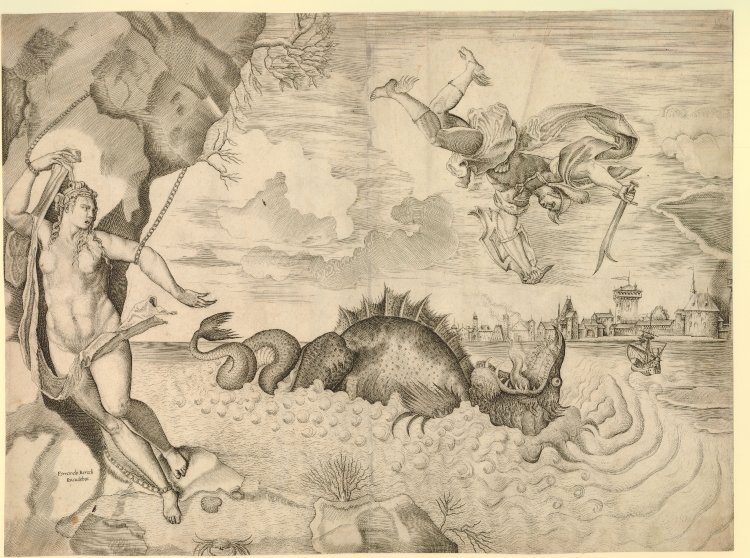 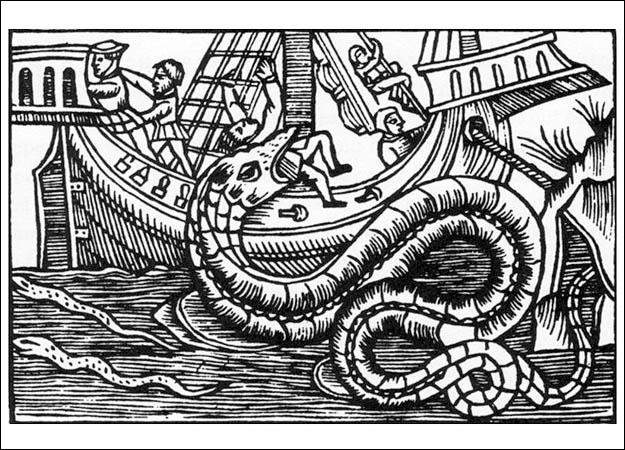 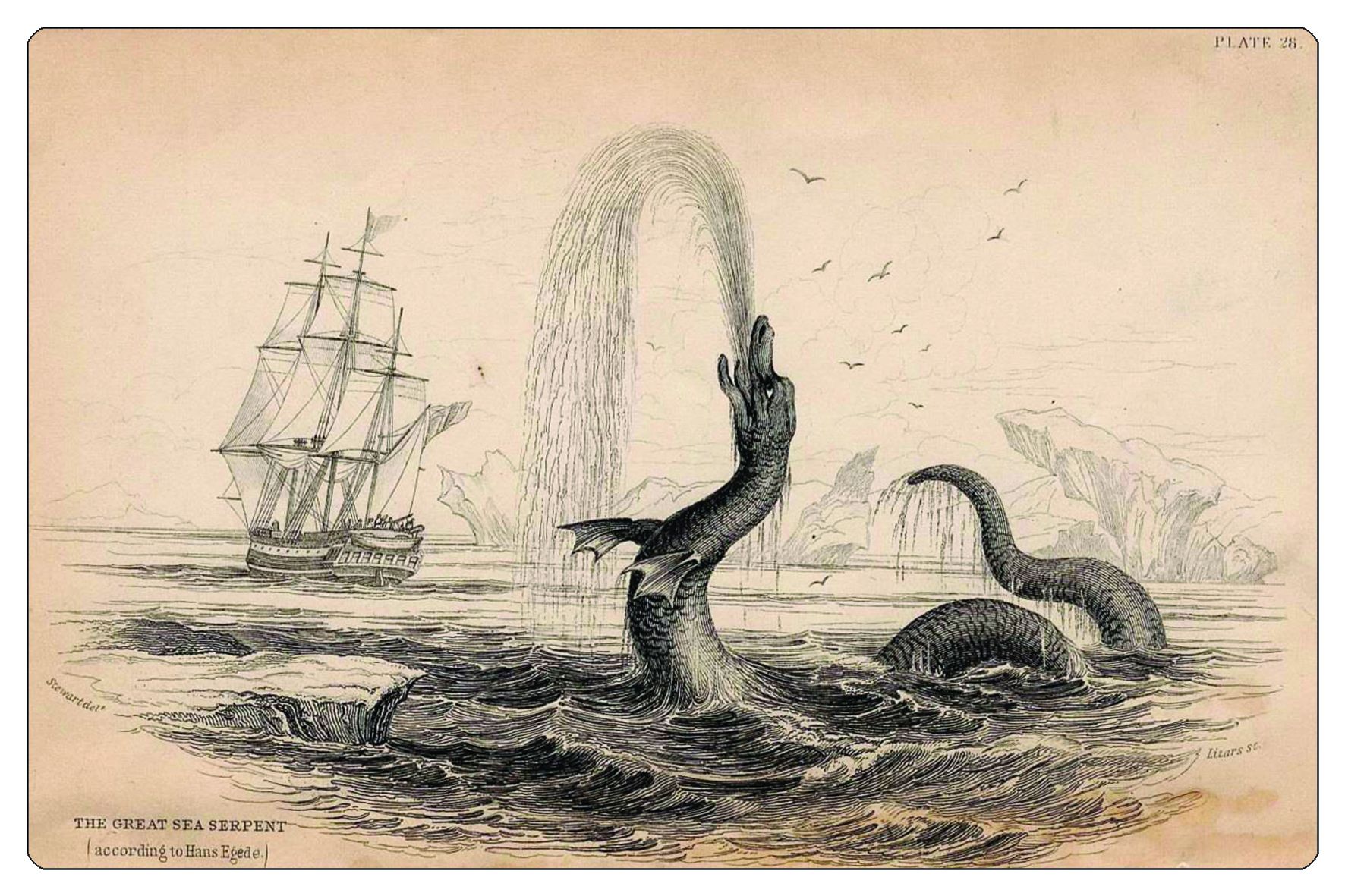 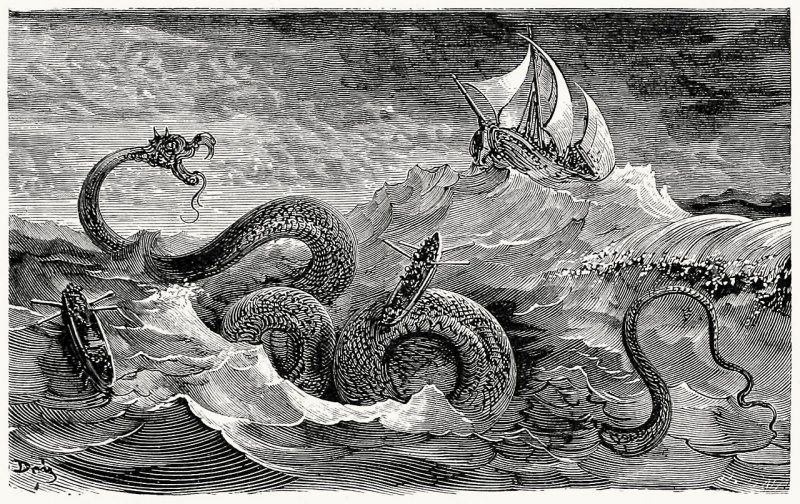 Unfortunately, science has nothing to do with this find. To study these remains it is necessary to send there an expedition, but is science ready to admit that for centuries it denied the existence of the Sea Serpent simply because it did not fit into the invented scientific dogmas of “evolution”.