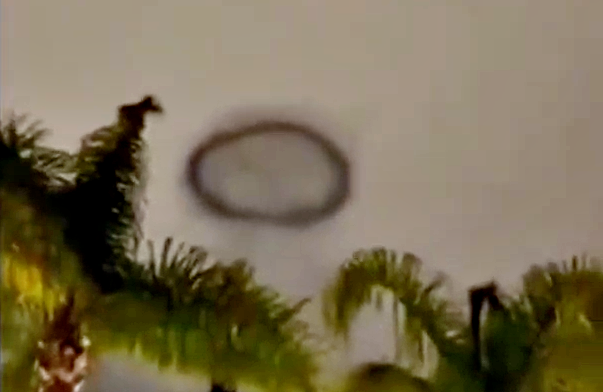 A UFO over a theme park in Los Angeles, California was spotted this week on March 8th. It would seem that such rings were noticed earlier and they even found a logical explanation that these are smoke rings, however, there are also serious US military reports that report that the UFO ring suddenly turned into a cloud in the shape of a plate above a military base.

In 1957, a UFO sighting was reported in Fort Belvoir. The report devoted 11 pages to this occasion. One morning in September 1957 in Fort Belvoir, Virginia, Private Armstrong was called by his colleagues from the barracks to see an approaching black ring-shaped UFO. 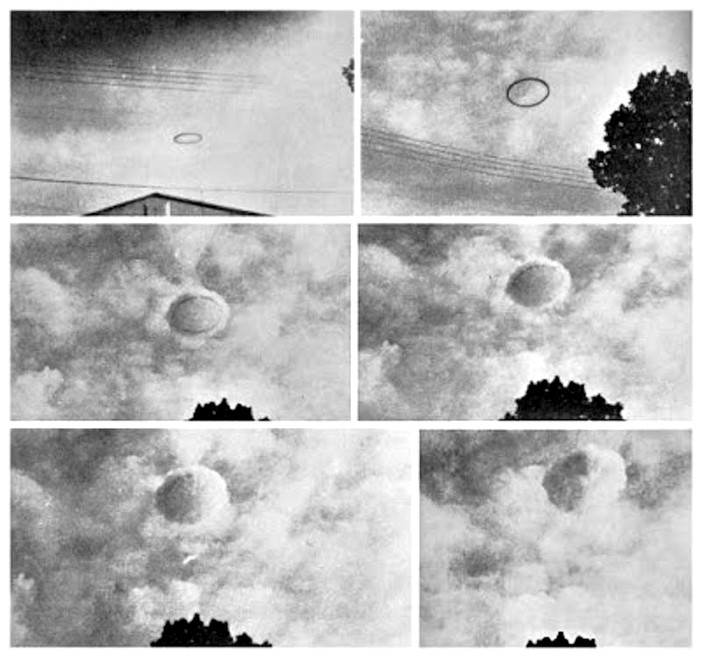 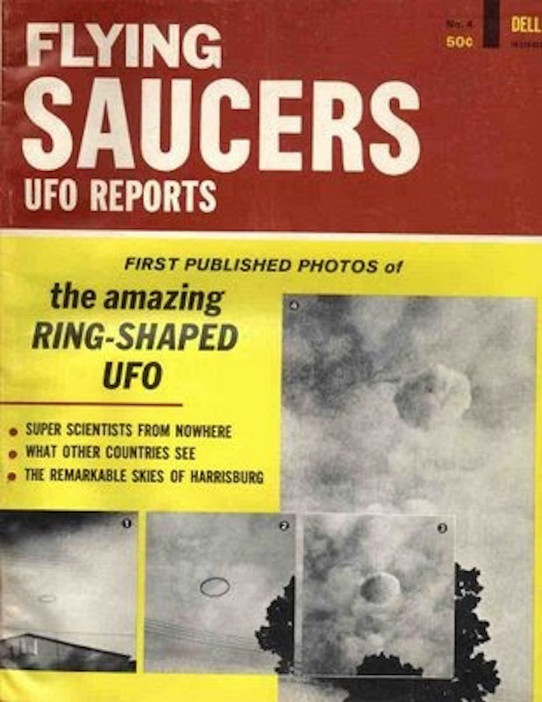 A private soldier grabbed his camera and took 6 pictures. After about 5 minutes, the black ring, which seemed to the soldier “hard”, began to “envelop” with “white smoke” and transformed into a dense object.