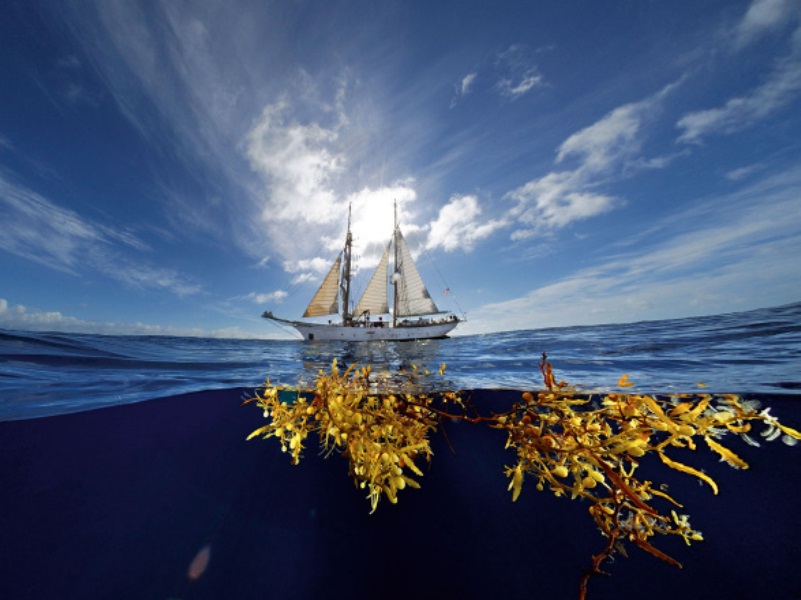 In the World Ocean there is an amazing phenomenon: amidst the boundless running waters of the ocean there is a sea frozen in immobility. It lies in the southwestern North Atlantic between Bermuda and the West Indies. It has no coasts, like the usual seas, its boundaries are the Atlantic currents: in the west – the Gulf Stream, in the east – the Canary, in the north – the North Atlantic, in the south – the Passat. 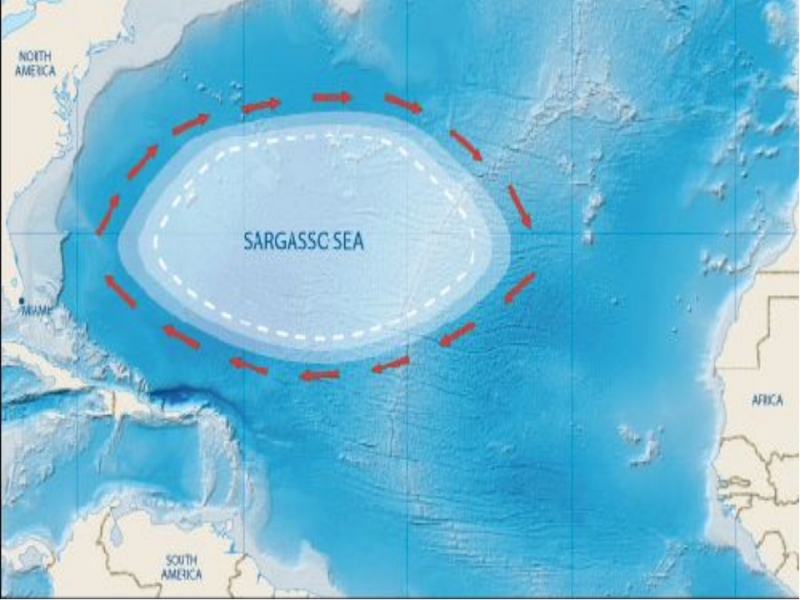 The currents are approximately equal in power, and their circular rotation resembles an atmospheric anticyclone. In the same way as the calm zone is set in the center of a huge air vortex, and in the ocean an area is formed in which there are never storms. There is calm. This zone is the Sargasso Sea. Sailboats pass around the calm zone to the far end of the world. In not so long ago, when there were no mechanical engines, ships, getting into the boundless Sargasso Sea, could become his eternal hostages. The sailors called the accursed place “a trap for the lost souls”.

In the warm waters of the sea, the temperature of which does not fall below + 18 ° in winter (in summer +26 … + 28 °), huge concentrations of brown sargasso algae that give the name to the sea grow. Sargassa is not a banded seaweed, but a bush. It has a rhizome, branches, fruits and leaves, like a common bush that grows on land. Life at the bottom of the ocean near the sargassa is short, its bush is separated from the rhizome and floats to the surface, decorating the sea surface. Nature endowed the plant with the ability to reproduce in a variety of air bubbles on the tips of the branches, they help the algae to float up and steadily stay on the water.

The Sargasso Sea with its algae is home to many small marine animals, including endemic species such as crustaceans, sea anemones, shrimps, and some fish species. They can not exist outside of this quiet harbor. Huge migratory species such as tuna or sailfish swim here too. Here, the sea turtles spend their first years of life. The algae islets serve as a reliable protection. In addition, the water in the Sargasso is several degrees warmer than in the open sea, which contributes to the growth of reptiles. Floating islands are visited also by birds – typhoons, terns and gannets feed and rest in the Sargasso Sea during transatlantic flights.

But in the last decades this sea is another huge reproach to man: there are more garbage spots here than islands of algae. Who can prevent an ecological apocalypse is hard to say. Since the Sargasso Sea is outside of state borders, and to protect it with reliance on international law, it is very difficult. Moreover, even the status of the nature protection zone, it still does not protect against plastic debris. And currents from day to day “wrap” in the center of the sea kilograms of waste, forming another garbage island.