Scientists can not explain the explosion in the sky over Alabama, USA 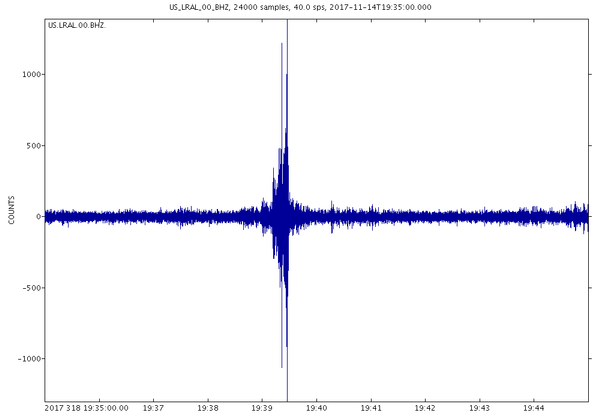 On November 14, in the afternoon, residents of the American state of Alabama were frightened by a violent explosion, the sound from which was coming from somewhere in the sky. A strange phenomenon has been heard in many parts of the state.

The US National Meteorological Service in Birmingham, after a multitude of eyewitness reports and a flurry of calls to emergency services, put forward the hypothesis that this loud sound could be generated as a result of a meteorite that exploded when entering the dense layers of the atmosphere or was a consequence of the transition of an airplane at supersonic speed.

It was also confirmed that the sound came from the sky, because on earth no explosions or earthquakes were recorded at that moment. However, the version with the plane was quickly disproved, since the F-15 Air Force Base is located in the east of the neighboring state of Georgia and no flights were conducted over the state of Alabama.

NASA reported that they measured the volume of the explosion and concluded that the explosion was equivalent to an explosion of 10 tons of TNT. In this case, if it was a meteorite, then its diameter was not less than 61 cm and it had a mass of 180 kg. But no data on the fall of a meteorite of this size in the State of Alabama from NASA.