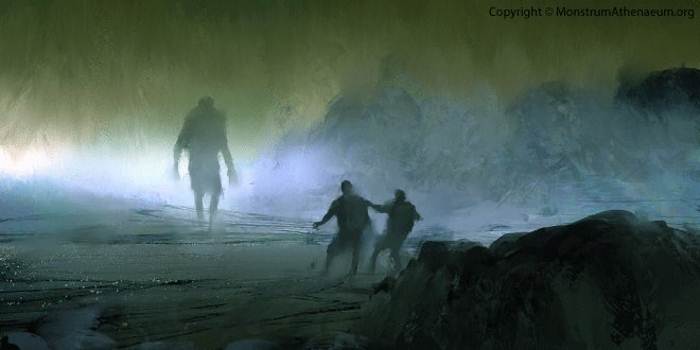 Scotland since ancient times was famous for various puzzles, including the world-famous Loch Ness monster, but in the first place there is a “gray ghost” Ben-MacDoui (Ben Macdhui), for several centuries frightening fans of mountain hikes.

It should be noted that for a long time the “gray man” was considered only a mythological character of the Celtic legends, but that was until in 1925 the well-known climber and professor Norman Colley – did not report the horror tested on Mount Ben Mandui.

“I started to think that I heard something else, except for the noise of my steps. After every few steps I took, I heard a crunch, and then another crunch, as if someone was following me, but took steps three to four times longer than my own. ”

Collie could not see the source of the noise due to fog; He continued:

“… a terrible crunch – a crunch – sounded behind me, I was seized with horror and ran, blindly wandering among the boulders for four or five miles.”

But, as it turned out, not one professor witnessed the incredible, many climbers confirmed that they met with “this.” For example, the Scottish rock climber Henry Kallas, who conquered all the Himalayan peaks and subsequently died in Tibet, wrote that the greatest impression on him was made by the peak of Ben McDuay.

What is it that made professionals lose control over themselves and rush from the mountain headlong? Both Collie and Callas described their condition as follows: reaching the top, they fell into a state of apathy, incredible anguish, then lost control of their feelings, and then, panic-stricken, swept from the mountain faster than the wind, and ran until Felt completely safe.

But since the 1940s, eyewitnesses have appeared who met on Ben McDuay a “gray man.” Lawyer George Duncan, along with his friend, a member of the Scottish Mountain Club, were traveling in the carriage. Twilight was gathering and suddenly … 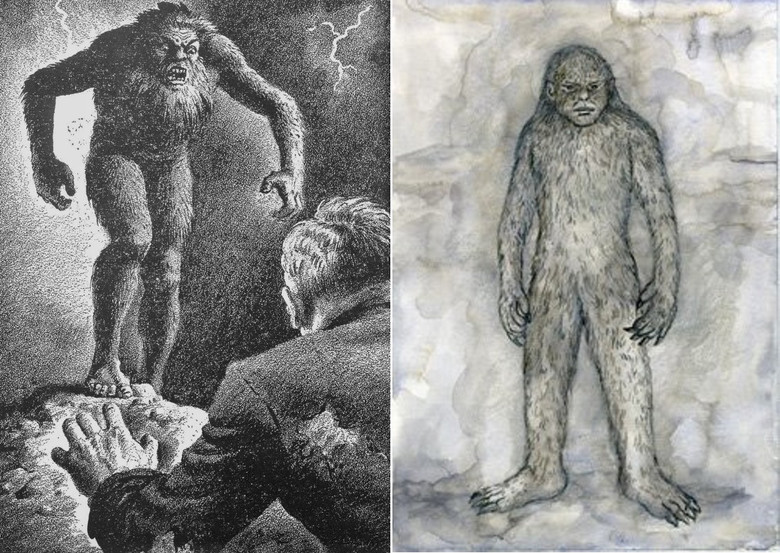 Duncan describes the incident as follows:

“And suddenly I saw something that shocked me so much that I had not experienced anything like it in my whole life, a tall figure in gray clothes. So they depict the devil. The figure waved its arms in long sleeves. I was frightened madly, a chill ran down my spine … “.

Some time later, in 1945, a professional mountaineer Peter Depshem sat near the top of McDuay and examined the view that opened to him, when suddenly his neck “touched something cold”, and then he heard a crunch.

By the way, almost everyone who heard the Scottish anomaly heard the crunching. So, a traveler usually takes 2-3 steps, after which he hears behind his back an unusual crunch. Thus, it turns out that the step of a mysterious creature is equal to 2-3 steps of an ordinary person.

In addition to the testimony of George Duncan, who saw a tall figure in a robe, there is evidence of eyewitnesses who watched a two-meter creature with long arms and hair on the body. And one woman, escaping from the persecution of the “gray ghost”, said that she saw hooves on his feet.

However, in addition to the apparition of the ghost, people who have visited this area say that at times they began to talk to themselves, felt paralyzed and … heard music (fragments of symphonies), beginning with a piercing sound. What does all this mean?

John Barr tried to answer this question: “Ben McDuay is part of the lost world, and the horrible images appearing there arise from the vibrations of the primaries of these places, and the whole atmosphere is especially suitable for people who have the gift of clairvoyance.”