Secret projects on the study of UFOs in the USSR 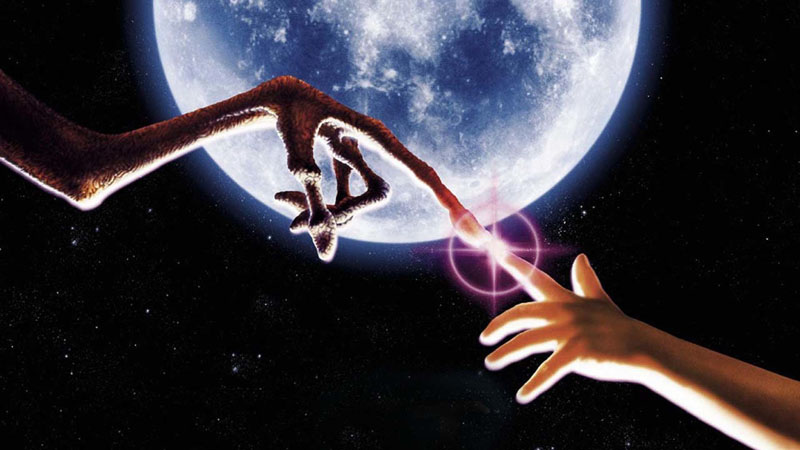 During the Soviet era, the Ministry of Defense was working on the creation of a superman with paranormal abilities. Within the framework of this project, a group of contactees managed to reach out to representatives of an unearthly civilization. The head of this top-secret project for the first time shared some details with journalists.

So, on a typical Moscow winter day, in a cozy atmosphere of the Fireplace Hall of the House of Journalists, a real sensation was announced. A senior official of the Ministry of Defense (of course, retired, but as you know, such people are not ex-ones), Lieutenant-General of the Reserve, Doctor of Technical Sciences, Academician of the Russian Academy of Natural Sciences Alexei Savin said that in the late 80s a group of experts from the expert the management of the General Staff managed to come into contact with representatives of another civilization. Interestingly, none of the journalists present was particularly surprised. The reaction of those present, rather, can be described as a sigh of relief: “Well, finally, confessed!”

But first things first. The first in front of the press was Vasily Alexeevich Eremenko, major-general of the FSB reserve, academician of the Academy of Security, Defense and Law and Order. During the Soviet era, he oversaw the KGB, the Air Force and the development of aviation equipment. Among his instructions – the collection of information on the Air Force on the facts of the appearance of unidentified flying objects. As Vasily Yeremenko stated, “a lot of such information accumulated by that time”.

The missile units even received a directive in case of detection of UFOs. The main thing was not to create opportunities for our aggression by our actions. In 1983-84, a large-scale study of anomalous phenomena was organized at the polygon Vladimirovka by the forces of the Academy of Sciences, the Ministry of Defense and the KGB. Military range was chosen not by chance. Experts have long concluded that UFOs inevitably appear in places of clusters of military equipment and testing weapons.

“It can be said that we learned how to call UFOs in Vladimirovka, for which the number of flights of military aircraft, the movement of equipment, increased dramatically.If the intensity on our side increased, then unidentified flying objects appeared with a probability of 100 percent,” explained Vasily Yeremenko. After six months of testing, the authoritative commission came to three main conclusions.

First, modern science can not yet identify such phenomena. Second, it could be US or Japanese reconnaissance equipment. Third: the impact of extraterrestrial civilization is possible. “The topic of UFOs today is littered by everyone who is not lazy, it is because of its” yellowness “that serious scientists do not risk their position on this issue. as well as cosmonauts.In confidential conversations they talk about their experience of meeting with UFOs, but they are afraid to speak publicly about it, “said Vasily Yeremenko.

In his opinion, it is impossible to “talk” about this topic and it is necessary to approach it very seriously, since this is a matter of security. But in the US, and we have this topic is still closed. And now, after the appropriate “introduction to the subject”, Lieutenant-General of the Reserve Aleksey Yurievich Savin revealed some aspects of what he was doing at the time in the Ministry of Defense. He headed the expert department of the General Staff, whose task was to study all sorts of unusual phenomena.

Well, the main project of the government was the state program on disclosing the intellectual resources of a person. Its essence boils down to the following: how can we make the human brain work in a special regime of super-abilities, turning its “master” into a superman. The scientific council of the program was headed by Academician Natalya Petrovna Bekhtereva, who until her death was the scientific director of the Institute of the Human Brain of the Russian Academy of Sciences.

In total, more than two hundred highly qualified specialists from all over the country participated in this program. “In the process of research, we came to the conclusion that a person is an energy information system that receives information from outside, and that is why paranormal abilities can manifest itself,” said Alexei Savin. To try to reach this external source of information, three groups were created – from scientists, military and so-called women.

What is interesting, the women’s group managed to make the most serious progress in research. Calling things by their proper names, Alexei Yuryevich explained that “we wanted to establish contact with representatives of another civilization.” And we succeeded. ” According to him, a special method has been developed that allows the human brain to tune into contact. “It is necessary to adjust the energy information contour of the human brain to a certain wave, as a kind of radio receiver,” explains Alexei Savin.

No hypnosis, drugs or other similar methods were used during the experiment. Also, a special system for testing incoming messages from contactees was developed to weed out “glitches” and “phase shift” of the participant in the experiment. The results of the experiment are impressive: six contactees were given the opportunity of physical contact, and two even managed to visit the alien ship. According to Alexei Savin, representatives of extraterrestrial civilization were revealed gradually, giving the information they considered necessary.

In particular, they talked about their structure of power, the system of upbringing and education. They could not get any information for the needs of the military. The only thing they agreed to share – a scheme of equipment for diagnosis and treatment of various diseases. And in general, as the head of the experiment explained, “for them earthlings – that the children are small.We are too young a civilization to be interesting to them as a subject for communication.But because we are also part of the universe, we can harm our own actions by our unreasonable actions and other civilizations, so they look after us. ”

The program of communication with extraterrestrial intelligence was developed several years in advance. But political events inside the country intervened in the situation. Since 1993, studies have been discontinued, the groups are disbanded. As Alexei Yurievich said, he managed to take out only a small part of the documents, the main part – including photo reports – is still in the archives of the Ministry of Defense. By the way, a unique method for the development of phenomenal personality abilities until recently was used at the Gagarin Academy. While it was not disbanded by ex-Defense Minister Serdyukov. Nevertheless, the backbone of that group of researchers was preserved.

“Four years ago we tried to repeat our experiment and we succeeded,” said Alexei Savin. According to him, today work continues in this direction: “the brains and talented people in the defense industry have remained.” On the question of journalists, why it was decided today to announce to the press information so secret up to that time, Alexei Yuryevich replied: “Why something to hide from people? On the contrary, they need to be prepared for new challenges of time. ”

Such global challenges, in his opinion, are now two: climate change and a shortage of drinking water. And Russia has a special role in this process: “When the bifurcation point is passed, people from all countries will run to us, and how to meet them with weapons?” Of course, we will have to negotiate. “Perhaps these are tasks from the” textbook “for young civilizations? The aliens will experiment and see how we can cope with it. Those who do not learn the lesson will be left for the “second year”.