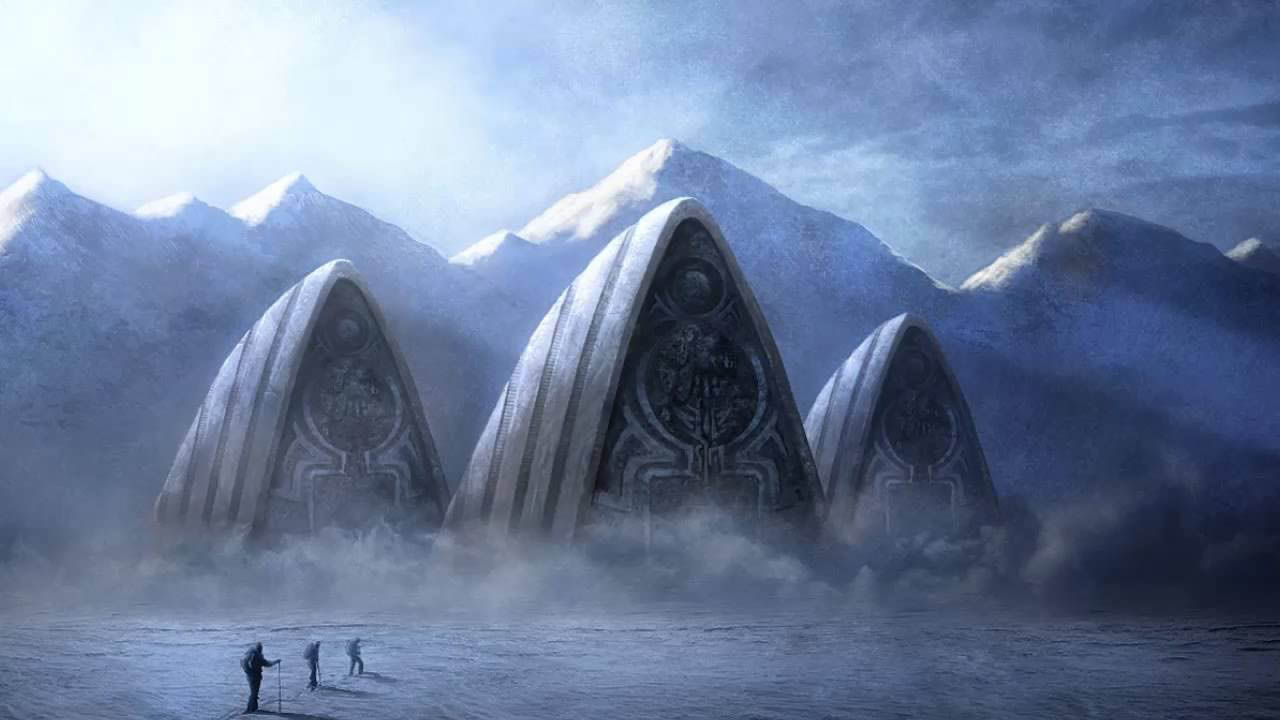 Researchers have always been interested in this mysterious continent, like Antarctica. Since the discovery of this continent many years have passed, however, to learn about the quite a bit.

In March 2002 from Plesetsk were launched two satellites-NASA’s twin on the program GRACE, which was to measure the gravitational field of the Earth. These data are used in climatic studies, to search for minerals and the study of crustal faults, and volcanic activity.

And during the flight over Antarctica satellites detected an unexpected gravitational momentum. Was discovered a strong positive gravity anomaly. She came from a huge ice space with a diameter of about 500 kilometers. Above him stretched across thousands of miles of snowy plains of the Antarctic glacier with thickness up to 4 thousand meters.

Unique to Antarctica anomaly is located in an area called Wilkes Land. Here in 2006 the research group of Professor at Ohio state University Ralph von Frese identified the presence of a giant crater, which is two and a half times higher than the Chicxulub crater in the Yucatan that occurred in the fall of the meteorite, which, as expected, led to the extinction of the dinosaurs.

Using radars in this crater was found a huge extremely dense, presumably metallic mass with a width of about 300 kilometers and carries a depth of 848 metres. First there was the assumption that this “man” can be teeming with magma rose from the earth. But this hypothesis was soon rejected. Then the scientists started talking about the probability of occurrence under the ice of Antarctica, the remains of a huge asteroid. But as the Earth was able to survive when faced with such a monstrous mass?

Researchers of Antarctica are inclined to believe that in the Wilkes Land there is a cosmic body. But today, to get through to him almost impossible. This would create a special station to deliver tons of equipment, what level of costs may be close to the estimated cost of a manned flight to Mars. And to survive, scientists would have had if the air temperature is minus 80 degrees.

Someone said that you shouldn’t touch this potentially dangerous for the Earth anomaly. But proponents of the visits to Earth by alien civilizations believe that under the ice of Antarctica’s hidden massive spaceship that serves as a base for aliens, or even the portal to the “inner Earth”.

About the mysterious Antarctic anomaly again remembered at the end of December, after the Antarctic suddenly visited by a U.S. Secretary of state John Kerry. Immediately there were rumors that Kerry allegedly went on a secret alien base located in the recently discovered pyramid mountain.

In addition, in the new year at the Russian station “Vostok” are going to resume the study located under the station is the largest Antarctic lake Vostok, having a depth of 1200 meters. This kind of an Antarctic lake. It is planned again to get to the lake, using new drilling technology.

In water samples from the lake, where hot springs have already been found by an unknown bacteria. But no less intriguing a significant magnetic anomaly, recorded by scientists at Columbia University on the Southeast shore of the lake. It differs from that of the background magnetic field more than a thousand nanotesla.

Member of the research Michael Studinger suggested that this could be caused by the very thin earth’s crust in the lake, but his colleagues felt that the proximity of the hot earth’s interior, on the contrary, warm up the rocks and thereby reducing the magnetic field level.

As a result of scientific disputes arose the theory of finding on the shore of the lake the remains of the ancient city, with its metal structures. Even started talking about what Antarctica once was the legendary Atlantis.

American scientists who worked at NASA together with the outstanding German rocket scientists Werner von Braun, say that he was convinced of the rightness of Hitler, and called Antarctica “Atlantis under the ice”. Perhaps it is this information coming from captive Germans, prompted the United States to undertake in 1946 and still is an unprecedented operation to seize Antarctica.

In 1946-1947, the unfolding operation of the Navy of the United States “the Jump”. A flotilla of 13 ships, 33 aircraft, including the aircraft carrier, made in the campaign to secure American control over most of Antarctica.

Perhaps, the U.S. command believed the myth that Germany could equip in the depths of the continent your secret base and take part of cutting-edge military technology. Say, American sailors if looking for disguised entrances to the ice world. By the way, the tops of the peaks of the half-swept mountain ridge was seen caves with entrances resembling the profile plates UFOs.

The part obtained in studies of Antarctic scientific data is privileged. It is hard to imagine the immensity of this gigantic desert world with an area of one and a half times more than the United States, where only one unprotected breath of icy air burns the bronchi. Scientists suggest that on this continent there are unknown forces which, for example, move the spread for thousands of kilometers of ice array that contains 70 percent of earth’s fresh water.

Despite the extreme cold, even in the ice live bacteria, although very few of them in comparison with ordinary sea water – 300 per cubic millimeter of ice. Scientists are intriguing and emerging above the ice desert incomprehensible lights. They were observed by our researchers at the station “Vostok”.

It is unclear why there are still ancient on our planet, the Antarctic mountains, almost completely gone under the ice and snow. Mountain Gamburtsev have long survived his geological time, so says a geophysicist, Professor at Columbia University’s Robin bell.

Robin, a long time exploring these hidden under the ice of the mountains, says ridge Gamburtseva, opened by Soviet scientists, is between the ages of 900 million to a billion years. These mountains were supposed to disintegrate. For example, the lifetime of the Alps amounts to around 100 million years. There is only one not-too-convincing explanation: the mountain has experienced rejuvenation in the course of tectonic upheavals, bursting of ancient continents.

Professor John Prisca from the University of Montana conducted in the field of Antarctic 27 years old and came to the conclusion that the ice sheets of Antarctica behave like a living organism. His penetrate microscopic veins of liquid water that serve as a refuge for the amazing bacteria.

And yet the ancient bacteria age 420 thousand years, was found in samples of ice extracted from a three-kilometer depths, amazingly quickly began to show signs of life. They began to grow in the melt water. “We don’t know whether they were in a state of hibernation or just the process of life is very slow,” said Prisca.

Biologists wonder why creatures that live in Antarctic waters, so different from all others on the planet? Here not many of the usual inhabitants of the earth’s seas and oceans. Almost unknown ocean under the heavy ice cover surrounding the continent.

However, the more science is learning about Antarctica, the more questions arise.