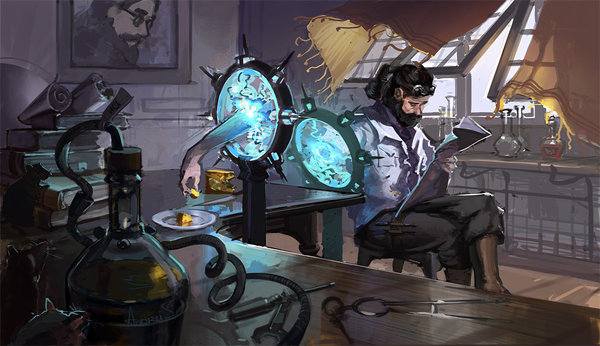 Teleportation, this expression was invented by a researcher from the United States of America – Charles Ford, who was interested in mysterious and mysterious phenomena.

Teleportation is the instantaneous movement of various objects and people in time and space. Scientists do not support this idea and treat it with a certain amount of irony. Exciting stories describing teleportation can be found in some novels that are classified as “fantasy.”

Nevertheless, mankind has exciting stories that point to the real existence of this phenomenon. Reliability desires better, but it’s interesting to read.

In North America, ants-ants live, building anthills deep underground. The uterus of these ants is quite large in comparison with others. It is only able to eat and reproduce. To protect it, the worker ants build a special “room.” Its size sometimes reaches twenty to thirty centimeters. Researchers carefully cut off the side part of the “wall” and established an observation of the vital activity of the uterus.

During this observation, several experiments were carried out. For a couple of minutes, the hole was tightly closed, and then reopened. The uterus … disappeared … and appeared in a similar “room”, located at fifty to sixty meters from the experimental one. It’s impossible to believe, but it’s a fact. The uterus was marked with bright paint and the “room” was closed. They opened after two minutes and the uterus was gone. And in another “room”, which was discovered in a hundred meters, was that very marked uterus. Unbelievable.

Naturally, it is simply impossible to imagine that in a few minutes the laboring ants managed to dig out such a long stroke, build a new “room” and move the uterus there. Uterus is so fed up that it can not move. The only conclusion is that the ants can move in space. Uteras, which occupy the highest position in the community, have the ability to teleport when they are in danger.

The story about the teleportation of ants occurs in the fifteenth chapter of the “Beasts” of cryptozoologist Ivan Sanderson. Believe it or not?

In the ancient chronicles, there is such an unusual message In the 1st c. AD the formidable emperor Domitian judged the popular “opposition” philosopher Appolinary. During the trial, where several hundred people were present, the philosopher suddenly disappeared. Later, it turned out that at this time Appolinary appeared in a small town of the Roman Empire, to which it was necessary to get from Rome on a wagon or riding a few days.

The facts that are set forth in the annals, of course, can cause great doubts about their reliability, but the cases of teleportation have been recorded in our days. Several years ago, in the capital of South Korea, died a famous master of martial arts Kim Du Ok. Legends went about his victories. However, when they began to frame the video shooting of his fights, they saw Kim suddenly disappear in one place, immediately appears, as if from the air in the other.

Is there such a force with which you can travel a long distance? Are there any such knowledge that helps in such travels? The laws of modern physics do not allow such an opportunity. But contrary to these laws, there are more and more stories about the existence of teleportation …