Sheep in South Africa gave birth to a “half-human” 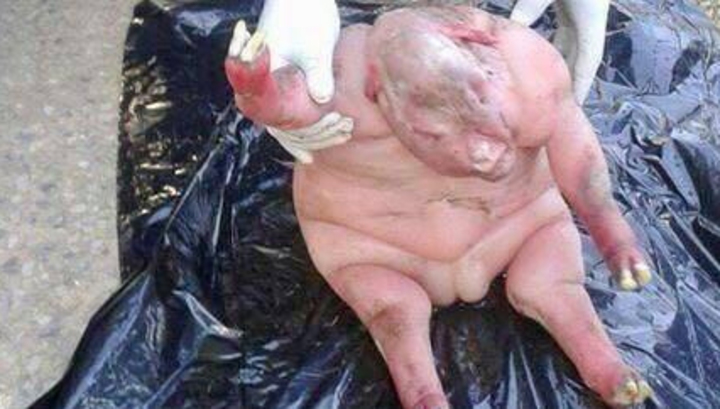 One of the sheep in the village of Lady Freere in the Eastern Cape of South Africa gave birth to an eerie “half-man”, greatly frightening the locals. The elders persuaded the farmers that the strange lamb that was born into the world is the descendant of hell. Experts have come to investigate the incident, Independent Online reports.

Biologists recognized that the “monster” really has the features of a humanoid, although in no way is the offspring of a sheep and a human.

“Despite the rumors, it is physically impossible.In spite of the fact that people and sheep have a similar number of chromosomes, the animal can not become pregnant from a human,” the biologists stated.

According to experts, the mother of the “monster” suffered from the widespread fever of the Rift Valley among the sheep, resulting in the birth of not fully formed lamb.

Experts assured farmers that they have nothing to fear.