Something strange is happening in the North Atlantic 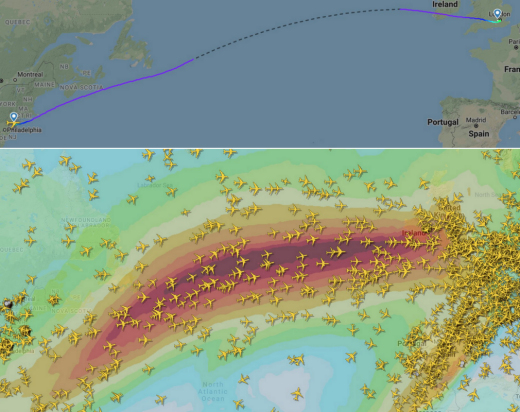 Over the past three years, planes have flown across the ocean in record time. Scientists have found that the cause is an air jet stream. It is gaining momentum, possibly due to climate change, and the planes that travel on it fly faster than ever before. This is good, but there is a flip side to the coin.

On February 8, British Airways flight 112 (BA 112) flew from New York to London in just 4 hours 56 minutes, traveling at one point faster than 825 miles per hour.

This is good news, because jets flying in a jet stream absorb significantly less cosmic radiation.

Researchers have long been aware that air travelers are exposed to cosmic rays. At typical cruising altitudes, passengers absorb 50-100 times more radiation than at sea level. This led to the fact that the International Commission on Radiological Protection classified pilots and flight attendants as professional radiation workers. 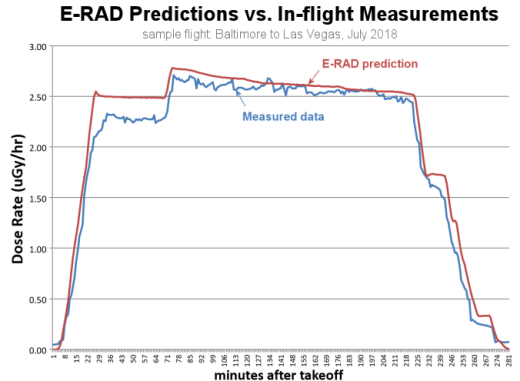 Jet stream can reduce this effect. Moving BA 112 passengers across the Atlantic at record speeds, the jet stream reduced their radiation dose by about 30%. Two Virgin Atlantic flights on the heels of British Airways’ Boeing 747 had similar results.

But there is an unpleasant side – the jet stream can cause trouble. An active, fast-moving jet stream is often filled with turbulence, which makes flights dangerous for passengers. Aircraft evading high-speed flow can increase their flight time by increasing the exposure of cosmic rays instead of decreasing it.

Passengers returning to New York from London must cross the Atlantic against jet stream. Their flights will be slower, increasing the exposure time.

Specialists calculated the radiation exposure for British Airways flight 177 on February 8, which flew in the opposite direction, from London to New York. Passengers on board this aircraft received a double exposure: 34.4 uSv (London-New York) instead of 17.7 uSv (New York-London) received by BA 112 passengers earlier that day.