Something strange is happening in the sky 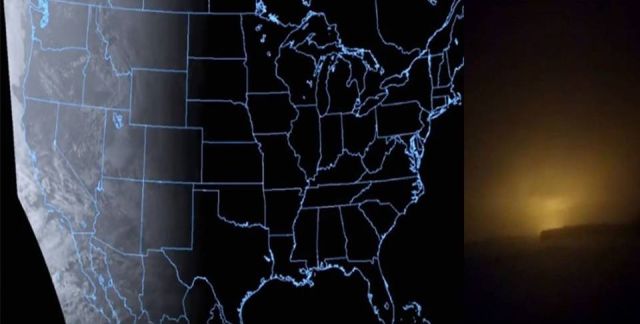 The night sky has become much brighter than usual. There are nights when everything around it seems to shine, but the light source is on the moon, but what then. Light comes from the area where the Sun is, but at night it should not be visible.

A similar phenomenon began to be observed all over the world, including in Russia, but most of all it was noticed in the USA. On March 12, 2018, residents of Wellington, Ohio, watched flashes in the night sky. The reason for these mysterious flashes of light from beyond the horizon has not been clarified.

Many people around the world notice that something strange is happening in the sky. The night sky became much brighter and the strange glow emanates from the place where the Sun is located. This glow spreads throughout the horizon, as if the Sun did not hide behind the horizon at night, but hovered behind it.

The same glow was observed by the inhabitants of the city of Opononi, Northland, New Zealand, where in the west observed an unusual glow after the sunset.

What’s happening? Can all these anomalies be associated with an early reversal of the poles of the Earth?

Or is the magnetospheric shield of our planet so weak that the solar wind freely penetrates through it causing these strange glows?