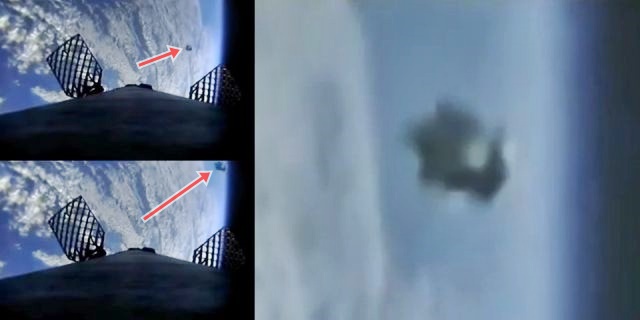 On March 18, 2020, Falcon 9 launched from NASA’s cosmodrome 39A (LC-39A) at the Kennedy Space Center in Florida, which was SpaceX’s sixth launch of Starlink satellites.

At that moment, when the first step returns to the ground, an unidentified flying object flies past the rocket.

As the object moves up at a high speed, while the first step is on its way back, this indicates that it is probably not a fairing or other part of the rocket.

A UFO flew very close by and nearly collided with a rocket.