Spooky green slime crawled out of a sewer in USA 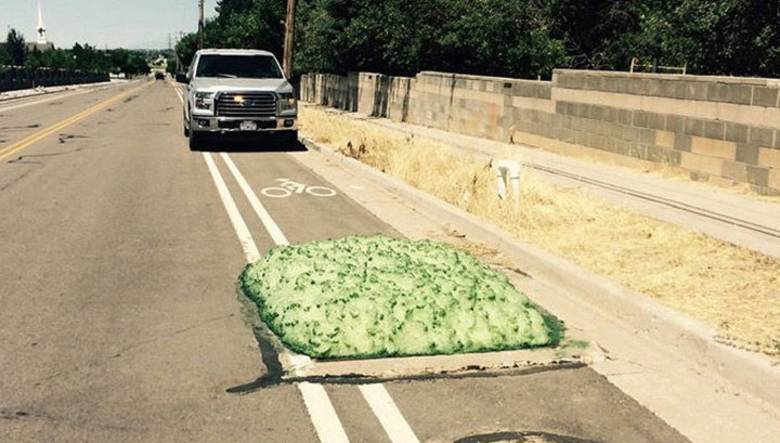 From the sewage of American cities Bluffdale, Utah, got a terrible green slime, similar to the foam. Local residents in shock. Currently nearby waterways poisoned by dangerous toxins that are dangerous for the brain, Central nervous system and human liver.

First, the officials of Bluffdale suggested that ugly substance began to crawl out of the drains because of the flowering of toxic algae in Utah lake. However, after the scene was caused by a team of biologists, it was found that the foam went down the drain a result of purification of the neighboring channels from the moss.

It turned out that the creepy green slime is a mixture of chemical cleaning agents and remains of plants. Of Utah authorities warn that swimming in the same lake is strictly prohibited.

Blue-green algae that the pond is covered almost entirely, penetrate into the nearby river and produce dangerous toxins. Intense flowering of dangerous plants caused by high temperatures, shallow waters and a strong concentration of phosphorus in the water. He gets into waterways from sewage treatment plants and enhances the growth of algae.

Local authorities say that for the purification of Utah lake need to undertake costly restructuring of the wastewater treatment plants that will reduce emissions of phosphorus.