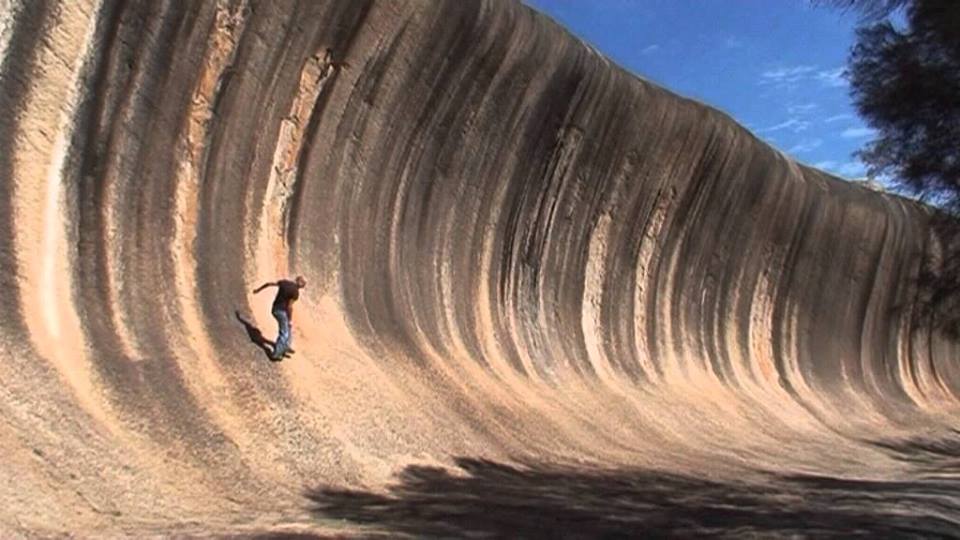 “Stone Wave” – an amazing rock formation located to East from the small town of Hyden in Western Australia, 350 km from Perth. The name of this natural phenomenon occurs from its shape – like if a huge ocean wave stirred up in the midst of the land. Every year to see this wonder of the world come 140 thousand tourists.

I wonder on numerous photos of the Stone Wave is rarely visible breast wall, repeating its contour and allowing rainwater to drain into a small reservoir. The wall was built in 1951. Such buildings are often erected from similar rocks in the Western Australian region Wetbelt. 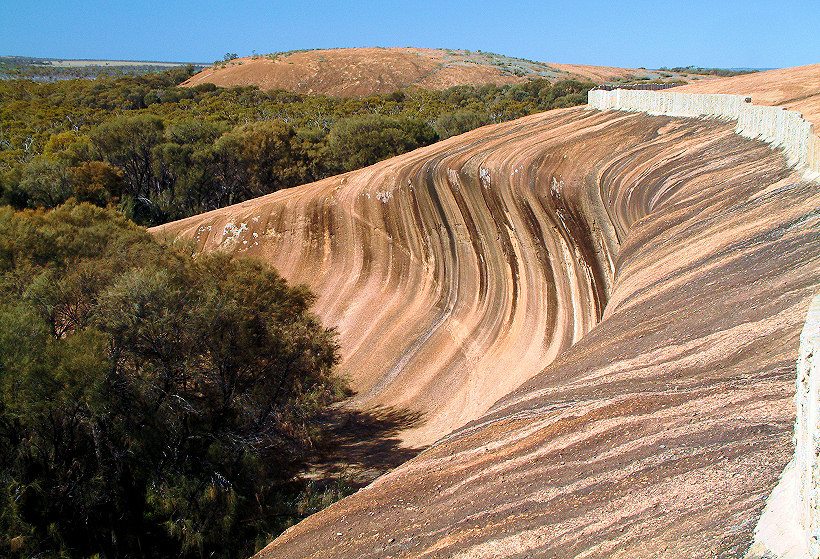 Stone Wave itself is a granite formation, which occupies an area of several hectares and is part of the destroyed by cliff erosion Hayden-rock. Wave height 15 meters, length – about 110. Scientists believe that its current form has already acquired 60 millions of years ago as a result of chemical weathering and further displacement of the soft granite rock rainfall erosion.

Long natural processes and created an unusual shape, like a wave – undercut base, ending the round overhang. During the day the color of the rocks changes depending on the ambient lighting, and it an exciting spectacle that attracts thousands of tourists. 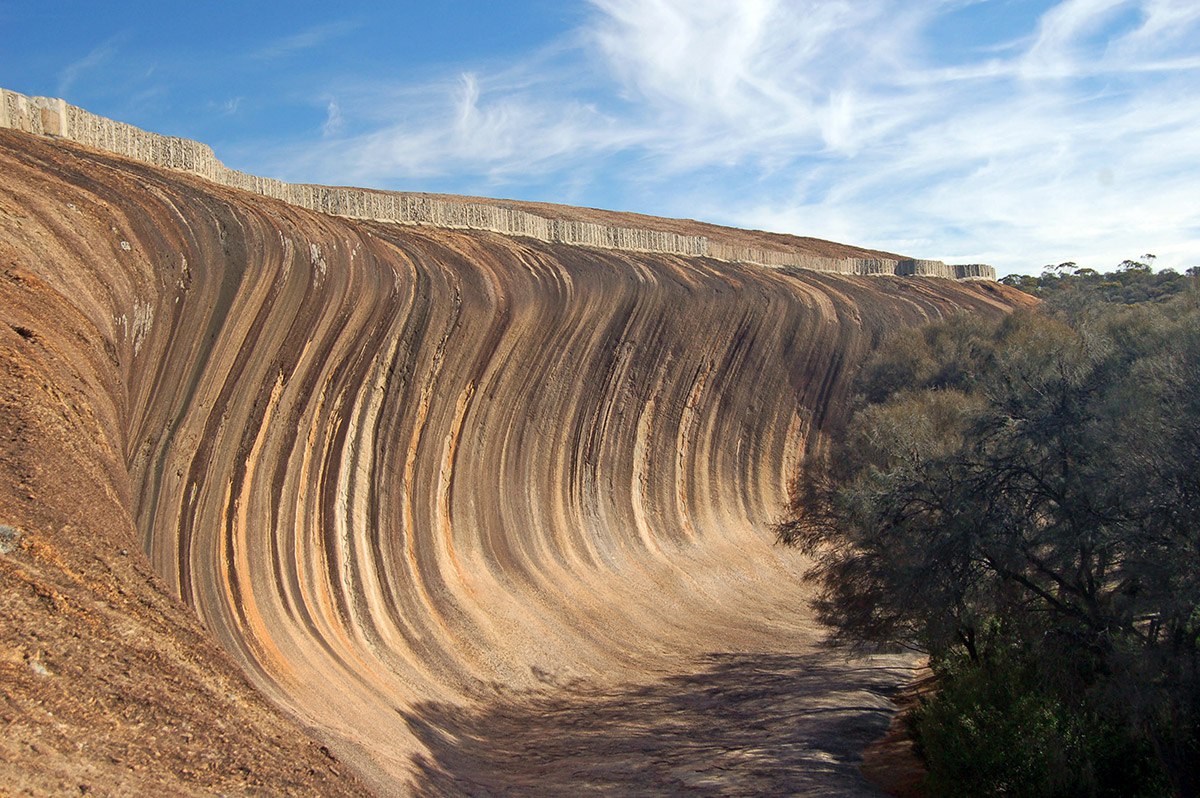 Every year on a Stone Wave music festival is held, which the stars of the Australian and global underground music.