Strange behavior of animals during a solar eclipse 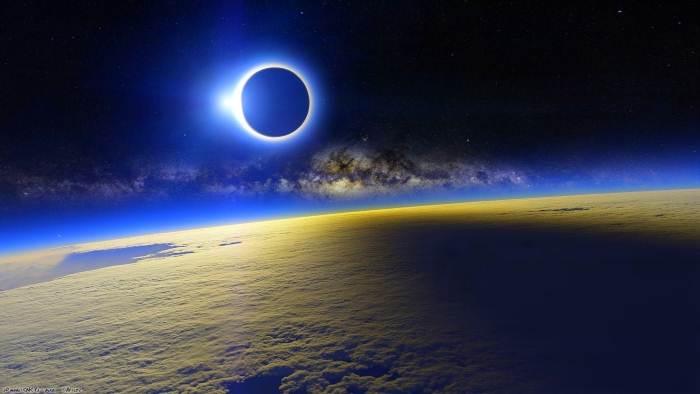 In the US, eyewitnesses described how animals behaved during a unique solar eclipse, information was asked to provide scientists from the California Academy of Sciences. According to residents of different states, many animals showed unusual behavior, similar to a sense of loss.

People reported that during the eclipse in a significant number of fireflies appeared, they could hear the loud chirping of crickets and the voice of cows. Lauren Lions Cole of South Carolina reported that the dragonflies literally “went crazy” during the peak of the eclipse, and then disappeared as soon as the sun appeared from behind the moon. In Los Angeles, an eyewitness told that after an eclipse a swarm of bees flew into his office, perhaps darkness provoked insects and they were lost. The monkeys gathered together and were silent, not understanding what was happening.

At the Memphis Zoo, where the eclipse covered only 93% of the Sun, the crocodiles were more active than ever, the giraffes began to move toward the shelter, and the bears froze as if waiting for something. Also, employees of the institution noted that during the eclipse the penguins started shouting loudly. In the Jamaican Bay in a wildlife sanctuary in New York, which saw 72%, there was “eerie” silence, which many observed in other states. There was no sound of singing birds or sounds of nature.

Earlier during the previous eclipse, a scientist observing a solar eclipse in Bolivia, witnessed the strange behavior of lamas who “lined up to observe the natural anomaly.”

Researchers believe that the unusual behavior of animals is due to the fact that the eclipse affects their circadian rhythms, due to which animals think that evening has come, although in fact it is not.