Strange bubbling foam comes out of the earth in Michigan, USA 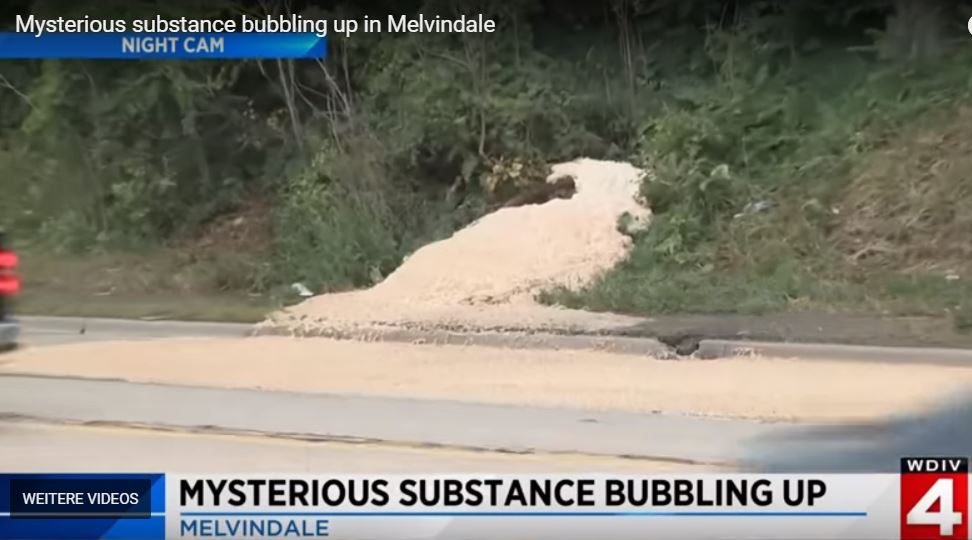 In Melvindale, Michigan, was discovered a mysterious substance that comes to the surface from under the ground. It seeps to the surface along the Schaefer highway between Oakwood Boulevard and I-75. The police of Melvindale and officials of the Detroit Water Supply and Sewerage Authority studied this substance and the road was closed.

“They want the whole road to close right now, until we can find out what’s going on,” police officer Melvindale said at the scene.

Smelly foam breaks out from under the ground along the highway near the oil refinery. But representatives of the plant said that the substance has nothing to do with the refinery.

The Michigan Environmental Quality Department was notified of the situation. The substance was sent for testing. The investigation continues.

It is worth noting that a similar phenomenon was already recorded a week ago. This is really strange. Two weeks in a row the same strange event in the same place near the oil refinery. What does this have to do with the accident at the plant or with the geological processes in the bowels of the earth?