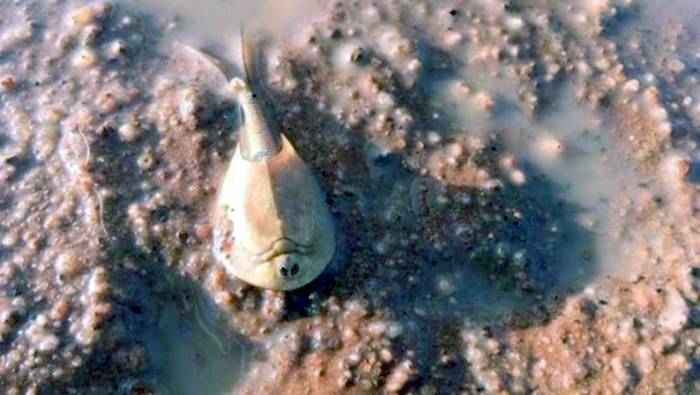 After the floods in Australia there were thousands of new living organisms, which until then was never seen again and did not know about their existence.

The first strange discovery was made by one of the locals and information about it, interested scientists. Experts have studied the photos and could not figure out that a living being was discovered by Australian.

A group of scientists went to the place of discovery of strange creatures and suggested that this kind of freshwater shrimp, which is well adapted to the harsh desert terrain. This shrimp reaches a length of 10 centimeters and probably the appearance of these creatures, due to the recent severe flooding.