Strange disappearances occur in one scenario 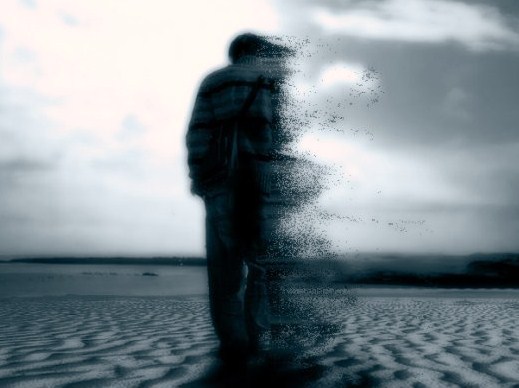 David Paulides worked in law enforcement for over 20 years. He studied the cases of missing people in North America and found strange patterns. Local authorities considering each case in isolation, but Paulides tried to make a single picture, and the picture is mysterious.

It was like the plot of “Secret materials,” said Paulides at the University of Toronto on may 21. He has collected 2,000 cases with a common mystical details.

The disappearance occurred in certain places, more often at ponds in parks. When people are found alive, they had the blackouts. If they were found dead, the cause of death was difficult to determine. Sometimes people have found in places which cannot be reached on foot, or in an area already thoroughly searched.

Paulides results in the case when the body of a little boy found in the trunk of a fallen tree. This tree was laying along the trail which had been discovered several times.

People often were missing clothes and shoes. Dogs could not pick up the trail of a missing person, says Paulides. Some bloodhounds strange introduced himself, walked in circles, dodged, and then sat down.

The investigators did not find any traces. The disappearances occurred in areas where it is not inhabited by dangerous wild animals. On the found bodies it was absent physical injury.

Satellites missing repeated the phrase: “somehow it happened that we got separated”.

Paulides studied dozens of cases have received official reports, some of which were heavily redacted, and spoke with local investigators, interviewed witnesses, spoke with the examiner. He said: “Here we are talking only about 2% of the 2,000 cases that I studied”.

He began studying such cases in 2009, when he retired from his job at the police station in San Jose. Two Park Ranger told him that, in their opinion, some of the case of the missing deserve further investigation.

Since then, Paulides expanded the field of research on urban areas, where there were similar cases, and not all of them in our time. He found mention of a similar disappearance in the nineteenth century.

Paulides told about cases when the person was in one place and a short time later ― in another. Especially mysterious disappearance of two small children who could not walk such distances.

July 13, 1957 in the area of twin lakes near the mountains of the Sierra Nevada’s missing 2-year-old David Allen Scott. The father watched the child, then for a moment looked in the camper. When he came out, the boy was not there.

This is not a very large area with good visibility. But the search team found the boy only three days later when they overcame the neighbouring mountain, down to its foot and then climbed to the top of another mountain.

“The child was not able to overcome such a distance,” says Paulides. Obviously, the boy got to this place alone.

Another 2-year-old boy, Kate Parkins, disappeared from his home in Ritter April 10, 1952, He ran for the barn and disappeared. Found him 19 hours later, 24 km from the house, lying face down on the ice-covered pond, the child was alive.

The bodies of missing people are often found in water, but it doesn’t look like drowning, ” says Paulides. A detective investigated the cases occurred in the Great lakes region, as well as the city of canals or reservoirs.

Jelani Brison, 24-year-old student and football player, was found in a pond on a Golf course in Anoka, Minnesota. He was last seen at a friends house, April 17, 2009 at 22:30. Investigators found his hat in one of the courtyards near the field, shoes in the other court.

These days always raining, and the Golf course was splashed with mud, but wear Brinson was clean. It is obvious that he did not come to this place, and was brought and thrown into the pond by someone.

“He drowned,” says Paulides. The cause of death could not be determined. This is one of many such cases in the area.

Paulides has written several books, one of them ― “Missing: the strange coincidences”. It talks about young men who go missing in urban areas near the water. Most cases occur in the States of Minnesota and Wisconsin.

Everything happens in one scenario: the young guys drinking at the bar with friends. No one remembers how they went. A few days later find them dead in the water. At first glance, the most logical explanation: they were drowned because of intoxication. But Paulides says that is not so simple.

Often a young person is missing for a few days. Then his body found in the water. But, according to the analysis of the pathologist, the body had been in the water only a day or two. Often it happens in parks or forest areas.

Similar incidents occur not only in North America but other countries, however, Paulides have not studied the details of foreign Affairs.

The case of “death in the Manchester canal has recently attracted attention in the UK. According to British Newspapers, over the past few years in the Manchester found dozens of bodies, mostly men. Journalists suggested that it was the work of a serial killer, called the Derailer.

But, according to Paulides, this small channel, and it is unclear how men could drown in it.

Many people give a supernatural explanation for the study of Paulides, for example, theft Bigfoot or aliens.

Himself Paulides is configured with restraint: “Guys, I never put forward any theories. I just describe the facts. What happens if you put forward some hypothesis, and the next day someone will prove that this is impossible. The credibility of the study will be undermined. Of course, for many occasions easy to find a rational explanation, but when we are talking about hundreds of similar incidents, the perspective changes.”