Strange flashes of light are seen over Spitz in Switzerland 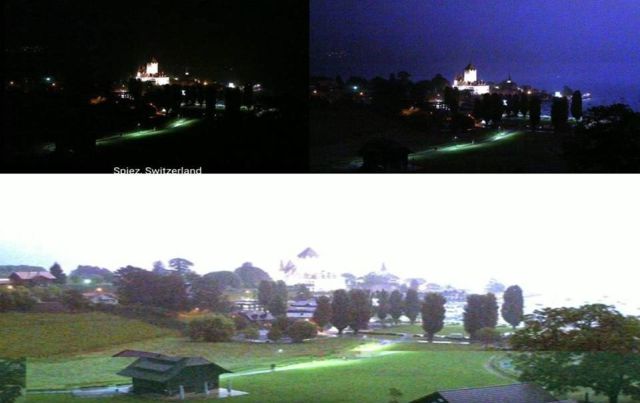 The surveillance camera installed in the Swiss city of Spiez at night recorded a strange phenomenon. At night, the sky lit up with powerful flashes of light of purple, blue and white flowers, which followed one after another and it was not lightning because that night there was no thunderstorm front over the city.

Then something else stranger happened, after short flashes there was such a powerful flash of light that everything around was lit up so brightly, as if the day had come and the camera got a powerful light from the lens matrix.

Then the multicolored flashes continued and after a while another powerful flash of white occurred. This is not lightning, but what then? If it was a meteorite, when it entered the dense layers of the atmosphere, it could cause similar flashes of light, but not so long.