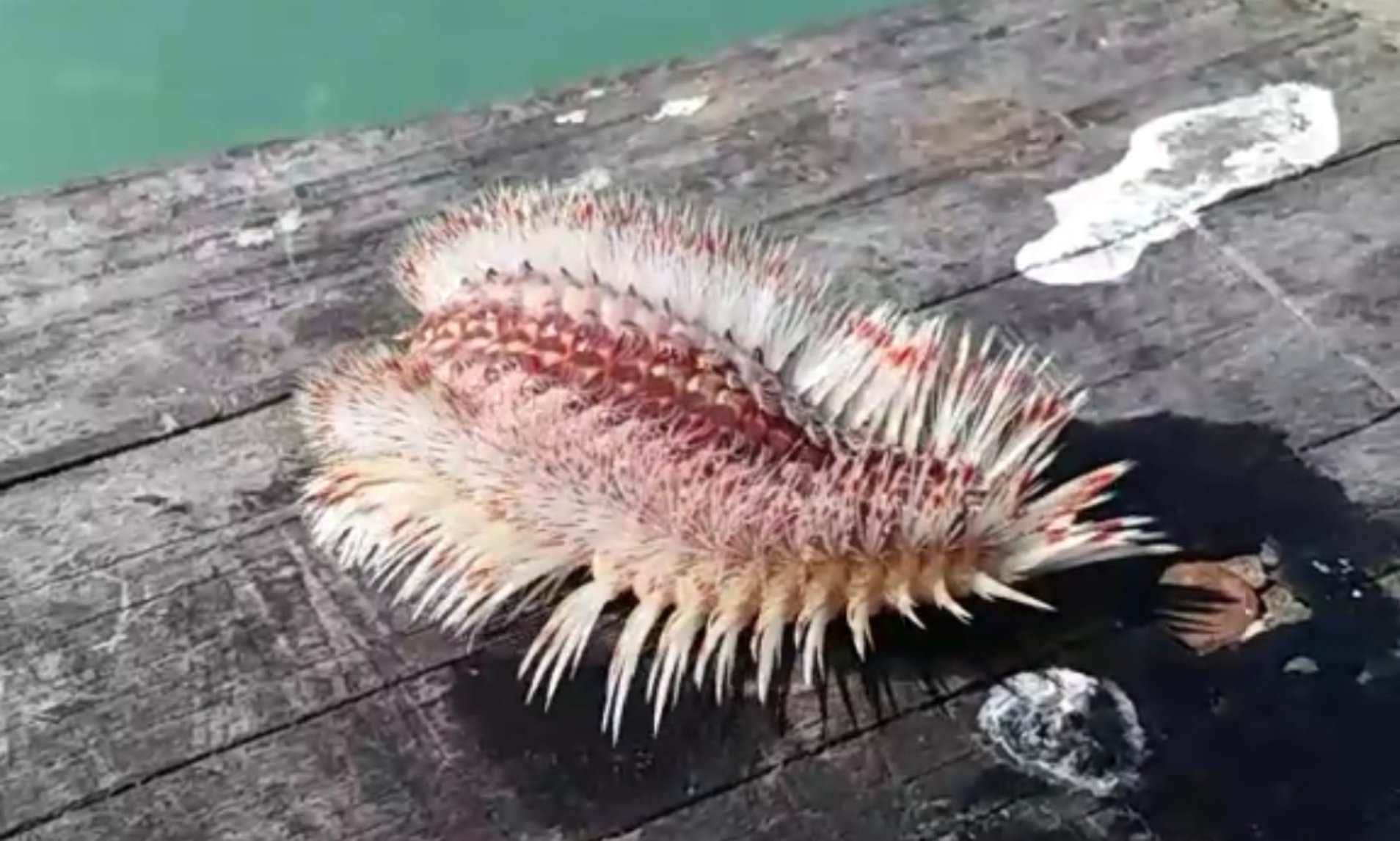 A fisherman from Texas caught a strange-looking sea creature that turned out to be a poisonous inhabitant of the deep sea.

It is reported that a strange catch was made by Alice Ramirez when she and her mother were fishing on a pier in the coastal city of Port Isabel. Ramirez hooked a rather strange creature.

At first glance it seemed to me that I was hooked on some kind of algae, she recalled, but then I laughed, because it was definitely not a fish or algae.

From this point of view, the creature caught by Ramirez resembled a large worm covered with long fluffy bristles. Adding an almost alien element to the creature’s appearance, it was still alive when Ramirez pulled it out.

Determined to get to the bottom of this mystery, she decided to record footage with this creature and send it to Texas parks and the Department of Wildlife in the hope that they could identify him. Fortunately, she soon received an answer as they indicated that the animal in question was a “bearded fireworm.”